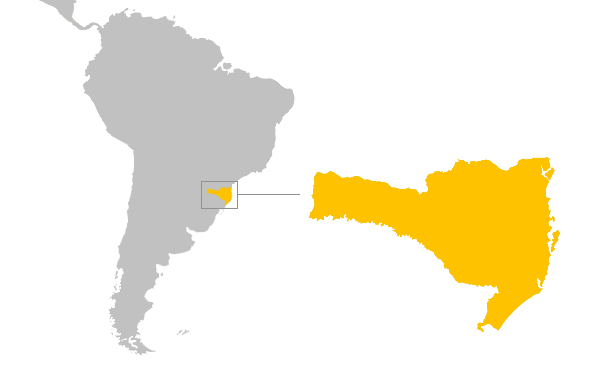 Santa Catarina is a state located in the south of Brazil and is known for having some great waves and beautiful beaches. With more consistent swells than any other part of the country and a varied coastline this is considered as the best surfing area in the country. Santa Catarina Island holds multiple southeast facing surf spots that are located around the city of Florianopolis. These surf spots can create all kinds of waves ranging from mellow knee high beginners waves to double to triple overhead barrels. Surfers in this area are known for being very skilled and also friendly. Some point breaks can be crowded and localism exists but most of the time is not an issue if the newcomer respects the surf ethics. Besides Florianopolis that are also good options down south around Garopaba, Imbituba and Guarda do Embaú to name a few. There are waves along the whole year but the best time is during winter when solid swells happen more oftenly.