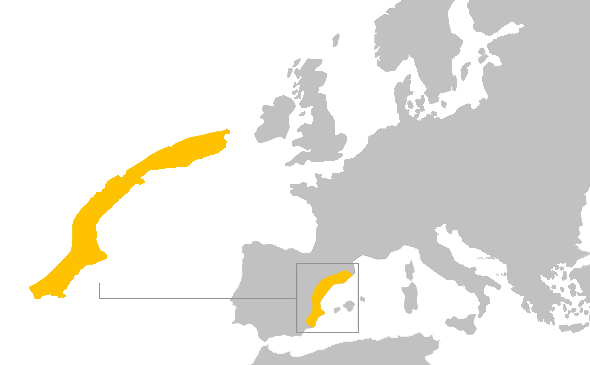 The east coast of Spain is bathed by the Mediterranean Sea and although the waves are not as powerful as the ones found by the Atlantic Coast there are still plenty of surf spots to be explored. Most of the swells produced on the Mediterranean Sea consists of wind swells that can produce fun waves that will suit any surfers ability but when a long period swell hits the coast, that’s when the magic happens! The best time to surf in this area is during winter when strong storms send long period swells producing ideal surf conditions. The interesting thing is that there are no tides on the Mediterranean Sea so when the waves are pumping it’s ON!