In my honest opinion the best surf camp for kids in Spain is the Nomad Surf Camp in Loredo Cantabria. The main reason being that Nomad Surf Camps are known to be international, both staff and clients are from countries all over the world and this creates a magical experience. Very fun and very positive for any teenagers growth and development as a young person. Being in contact and sharing a week surfing with boys and girls from other countries is so much more rewarding than doing the same activity with people from your same country. If I had to send my kids to a kids surf camp in Spain it would be the Nomad Surf Camp.

But this doesn't mean that other camps are not good, or not fun. There is other surf camp for children in Spain but the main common denominator between them all is that they are 99% Spanish kids, so if you are an Italian or American kid you might feel out of place. So if you are Spanish then there is different options and I will give my review underneath but if you are not Spanish then the Nomad Surf Camp is probably your best bet.

The first real surf camp for kids in Spain was in Galicia. Nomad Surfers started sending them clients for some years but then the business relation stopped. Two of the surf instructors of this surf camp (Manual and Pablo) then opened up their own surf camp which is now the Art Surf Camp 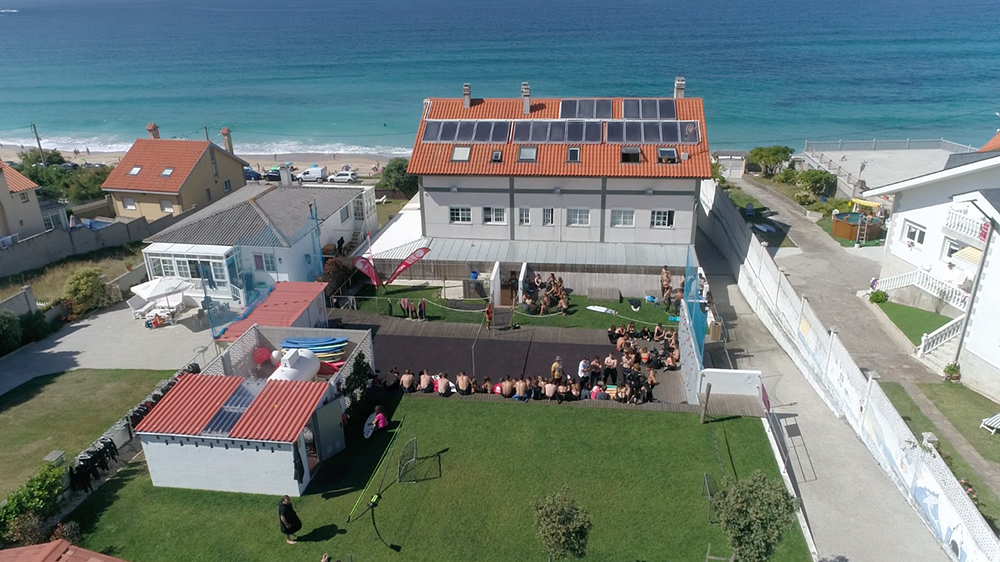 This surf camp is very nice. They host both kids and adults at the same time. Pros: It is right on the beach, a beautiful beach and they have a small surf skate ramp. There is 100 beds at the property so this makes it a summer camp with lots of energy. There is connection to La Coruna airport. They have their own bar and restaurant and the owners Manual and Pablo are absolute legends, super friendly which Im sure translates down the pyramid all the way to a lot of their staff. There is really not many cons to be honest. The only two things I would mention is that it rains a lot even in summer time, and its mostly Spanish people. Very Spanish atmosphere like all surf camps in Spain with the exeption of Nomad Surf Camp in Cantabria.

In my opinion another great surf camp is in Berria beach, Cantabria. My review about this surf camp is similar to Art. 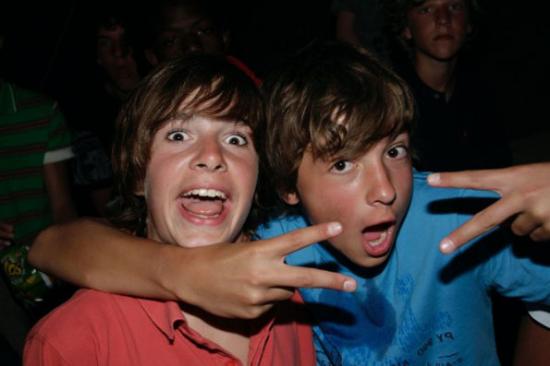 The owner Ruben Abelanda, legend and great surfer from north spain, and the kids are spread out in different houses but very close to the beach. They also host kids and adults at the same time. The food is ok. There is good connection to the airports of Bilbao and Santander.  Great option for Spanish kids or foreign kids who want to be in a 100% Spanish environment. In terms of surf lessons , most surf camps for children in Spain offer the same style of coaching. 8 to 10 students per instructor which is too many kids but its normal in France, Spain and Portugal. And usually one or two lessons per day.

The waves in North Spain during July and August are very small, which is GREAT for beginners. The only problem is if there is no waves, not even a small wave. This is not common but it can happen. Some summers are good and have waves every day.

There is other surf camps for children in Spain but they are very small so I am not giving my review on the others.

We hope you liked this blog.