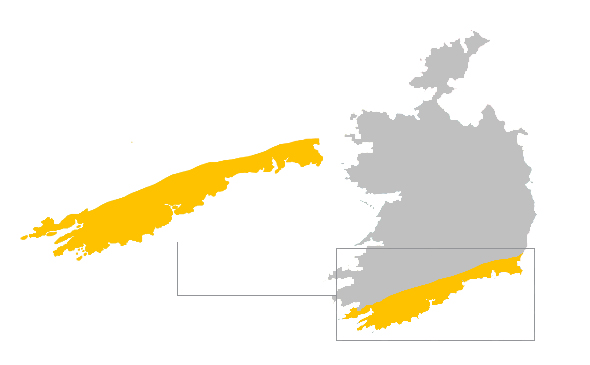 Southern Ireland is the most inconsistent coast of the country after the mostly flat East Coast. The prevailing winds are usually onshore but in the scarce opportunities that the conditions align these shores can produce some epic waves on the numerous reefs and beach breaks that are scattered along the coast. These conditions are more common during autumn and winter and normally when a big stormy southwest swell reads to this direction most of the south coast surf spots tend to work. Even though there is a significant lack of swell there are still enthusiastic surfers mostly in between the cities of Cork and Tramore.