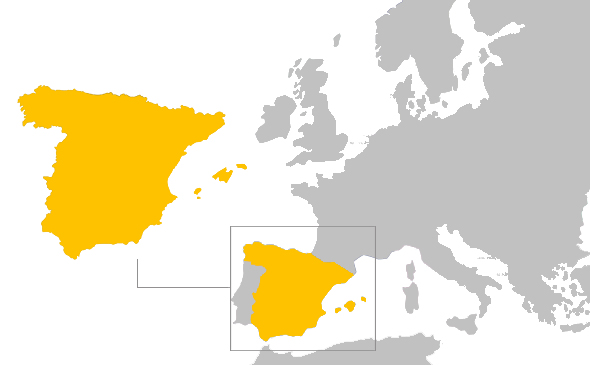 With more than 15.000 km of coastline, New Zealand has been an idyllic surf destination for a long time. With beautiful and varied scenery, the country consists of two relatively small islands which means that no matter where you are there will always be a surf spot nearby. The west coast is more exposed to the roaring forties which guarantee plenty of waves throughout the whole year. It’s rarely flat on the western side of the island but sometimes there is a lot of activity and the surf gets too big or blown out. The east coast offers calmer conditions with consistent offshore winds and less consistent swells powered by the cyclone season. The best time to surf is during the winter with solid waves coming from the south and the east. Summer also provides fair conditions and warmer water temperatures especially on the northern island. This is where surfing is more popular with lots of beaches and surf spots in a short distance and easy access especially around Auckland. Although the south island has more consistency of swells you will find less known surf spots there due to the hard access to the breaks. New Zealand is known for having very friendly people that love to share the line up with anyone that respects the locals and the surf etiquettes. The first surfers on the island were the Maoris before the European arrived and the inquisitive missionaries banned the activity. Later on in 1915 the famous hawaiian surfer Duke Kahanamoku encouraged the locals to restore the practice of surfing and by 1920s and 30s the locals were already hooked on the sport again. If you are looking for a new and exciting surf trip you should definitely consider this amazing country or at least include it on your bucket list.

The climate of New Zealand can vary according to the extremely diverse terrain. Most of the country has a temperate maritime climate with 4 seasons but weather patterns can change within short distance areas. The west coast is wetter than the rest of the country due to SW and W winds that bring lots of humidity from the sea. The far north has subtropical climate and is known for being an endless summer area. The temperatures get lower as you go down south the country. Mountains located on the south island have a cold climate with snow during the winter making it an ideal skiing destination. The water temperature is cold throughout the whole year and can get down to 11°C (52°F) during the coldest months requiring a 4/3 wetsuit plus gloves, hoodie and booties to surf. During summer the average water temperature is around 16°-20°C (60°-68°F) which means a 3/2 wetsuit is still recommended. New Zealand has consistent waves all over the year. The best time to surf on the east coast is from November to March when the cyclone season sends solid groundswells to the coast. The west coast enjoys the consistency of the roaring forties and the best time to surf is during the winter from March to August.

The best and most well known breaks in New Zealand are located on the North Island but the South has lots of uncrowded and amazing waves as well. What makes the country unique is the variety of surf spots and the extremely long length of the beach breaks, river mouths, point breaks, reef breaks and all sorts of waves that will suit any kind of surfer. The most famous surf spot in the country is Raglan. This unbelievably long left-hander is located in the city of Waikato on the west coast of the north island. This cute coastal surf city has other good breaks like Mussel Rock, Indicators, Manu Bay, Wainui Beach, Ruapuke, Albatross, Te Akau and Kiritehere. In the Auckland area you can find numerous surf breaks especially up north after the Harbour Bridge. The west coast has more consistent waves like Piha, Karekare, Bethells Beach, Maori Bay and Muriwai. On the east coast you should keep an eye at Te Arai Point, Forestry, Pakiri Beach and Mangawhai Heads. Another famous surfing area is the Coromandel Peninsula. There you should check Hot Water Beach, Hahei Beach, Waihi Beach and Whangamata. The most famous surf spots of the east coast are situated on the Gisborne and Eastland area. The best ones are Tolaga Bay, Tokomaru Bay, Loisells Beach, Te Araroa, Makorori, Wainui Beach and Waihau Bayare. Back to the west coast you will find Taranaki. This area is a surfers paradise and even has a highway called “Surf Highway 45”. Check out Fitzroy Beach, Oakura Beach, Stent Road, Ohawe Beach and Kumara Patch. The most popular surf spots of the South island are located around Christchurch area and Kaikoura. The best waves in this area are Summer Beach, Taylor’s Mistake, Kahutara and Mangamaunu. Moving to the west coast of the south island we can highlight Westport, Tauranga Bay, Punakakiki, Greymouth, Hokitika and Okarito Beach. You will find vast options of surf breaks around the city of Dunedin. The closest one to the city is St. Clair Beach but also check Blackhead, Birghton, Aramoana, Pipikaretu, Wickliffe Bay, Allans Beach, Sandfly bay and Smails Beach.

Surfboard rentals with a wetsuit are approximately $20-30 USD for a half day and $35-40 USD for a full day, depending on what location you’re in.

Spark or Vodafone are a good choice. SIM cards can be purchased from kiosks, airports and official stores. Prepaid packages start at $28 USD

Buses have reliable, frequent service to most destinations around the country.

For maximum flexibility it’s best to rent a car. Starting at $45 USD a day

In some areas there are lifeguards and flag systems.

Citizens from 60 countries, including the EU, US, and UK, can enter New Zealand without a visa for 30-60 days, depending on which country you’re from.

English is the de-facto language of New Zealand, but Maori and New Zealand Sign Language are also official languages.

The currency is the New Zealand dollar ($)

The best time to surf on the east coast is from November to March when the cyclone season sends solid groundswells to the coast. The west coast enjoys the consistency of the roaring forties and the best time to surf is during the winter from March to August.