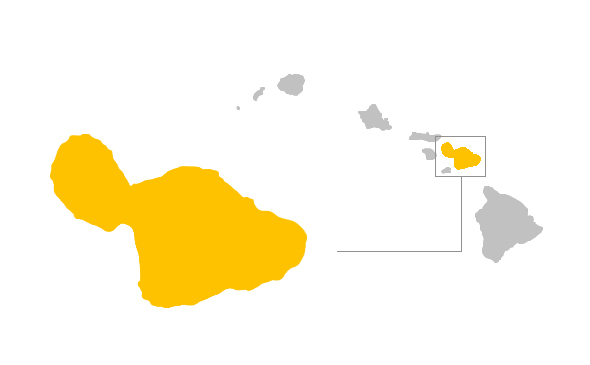 Maui is one of the islands that comprise the Hawaiian archipelago and although most of the attention remains in the north shore of Oahu the island also has some great waves. The Hawaiian islands have no continental shelf since they are the tips of underwater volcanic mountains. This allows the North Pacific swells to hit the coast with all the energy, speed and power creating massive strong waves. Combined with perfectly shaped lava reef formations and you have the best waves in the world. Maui's most famous surf spot generates the biggests of all of the Hawaiian waves, Jaws. Located in Peahi, Jaws is where tow surfing was invented and is considered to be the “Holy Grail” of tow-in by all the big wave surfers and professional watermen. Another gem located in Maui is Honolua Bay. This fantastic right hander is known for its length and for the perfect barrel sections. Honolua Bay is the last stop of the women's world tour and is considered as one of the best 5 waves in the world. As you can see Maui has its share of perfect waves just like all the islands in Hawaii.

The best and most famous surf spots are Jaws, Honolua Bay, Windmills and Maalaea.