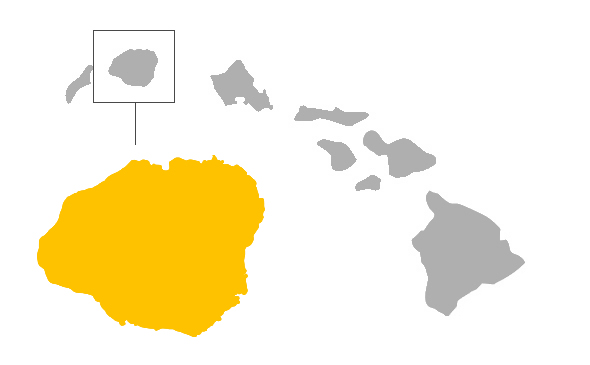 Kauai is one of the islands of the Hawaiian archipelago located in the Central Pacific Ocean. Known as “The Garden Island”, Kauai building regulations prohibited any constructions to exceed the height of a coconut tree. This measure protected the island's nature that still has most of the coastline deserted. Kauai is famous for being the birthplace of the 3x world champion Andy Irons that dominated the world tour for a few years before his tragic death in 2010. Andy was known to be the only surfer who could stop the hegemony of Kelly Slater in the tour. The island has more than 300 surf spots and has more beach breaks than any other Hawaiian island.