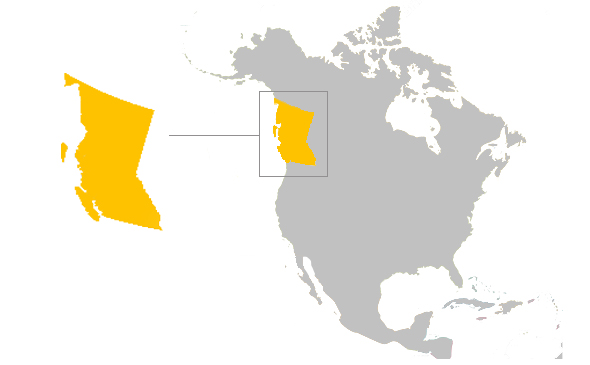 British Columbia is located on the west coast of Canada and has good quality surf breaks and great waves to be surfed. There are many surfing areas but the most popular is Vancouver where a strong surf community is growing. Despite the harsh weather, winter is the best time to surf in British Columbia. During this time of the year the water temperature is averaging around 10C which means a wet suit o is required and booties, gloves and a hood are recommended.