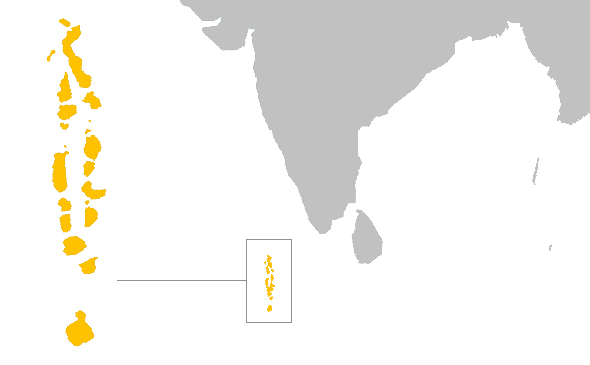 The Maldives is a group of 1,200 unique, unspoiled islands scattered across the Indian Ocean. The archipelago has some of the best waves in the world and consists of three natural atolls(Male Atolls, Central Atolls and South Atolls) characterized by unique coral nature with a wide range of marine biodiversity. The small picturesque islands are surrounded by dense tropical vegetation and beautiful sand dunes creating stunning backdrops to perfect surf breaks. Although the waves in the Maldives can’t be considered as very powerful the island has endless kinds of surf breaks offering big chances of long point breaks and hollow barrels. This variety of waves make the Maldives a perfect surf trip for all levels of surfers. The best surf spots are located on the outer reefs and usually on the more exposed southeast sides of the atolls. There are plenty of options of surf charters in the Maldives since the best way to explore the archipelago is definitely by boat. The Central and South Atoll are considerably less crowded and still have many nameless surf spots to be surfed. The waves are extremely consistent throughout the whole year and the best time to surf will depend on each atoll you are focusing on. In general the best time of the year is from April to October but the shoulder season months of March and November are also a good moment to visit the archipelago due to the good weather conditions. The best thing about jumping on a surf charter in the Maldives is the exciting feeling of discovery. Imagine you and your friends cruising through turquoise  lagoons and colorful reefs in search of the best waves on the planet. There aren’t many things better than this in the life of a surfer.

The climate in the Maldives is tropical with high temperatures and lots of sunshine throughout the whole year. The warm tropical climate results in warm water temperatures and small variations in the air temperature throughout the year. The weather pattern is influenced by the southwest monsoon from May to November and the northeast monsoon from December to April. There are waves throughout the whole year but the best time to surf will depend on each atoll you are visiting. The best time to surf in the Malé Atolls is from April to October. March and November can be considered transition months, but sometimes are surprisingly good. Winds blowing from west or southwest prevail at this time of year, but lots of surf breaks in this atoll are well protected while others will be offshore. The Central Atolls best surf season is from March till November but the main period of the year is from June till September. This is when bigger swells arrive to the coastline and prevailing winds are offshore. The South Atolls have a more extended surf season that goes from February to November with the best months being from February to April just before the southwest monsoon begins and also from September to November when it ends.

The Malé Atolls is the most popular surf destination in the Maldives and has attracted surfers for a long time due to the vast number of spots that are extremely consistent, especially in the high peak summer months, when south swells are plenty.. The best surf spots are Chickens, Cokes, Guru’s, Honky’s, Jailbreaks, Kate’s, Lohi’s, Native/Foxys, Ninja/Piddlies, Pasta Point, Riptides and Sultans. The surf breaks in the Central Atolls are way less popular and it will be hard to find someone else surfing while you are there. Lots of world class right handers have been found making the Central Atoll a regular footer paradise. The best surf spot in this area are: Muli, Mulhaku Rights/Lefts, Veyvah, Adonis, Finnimas, Malik’s, Mikado, Bedhuge, Isdhoo, Mada’s, Mahibadhoo, Tsunami’s and Yin Yang. Last but not least the South Atoll or Gaafu Dhaalu Atoll (also known as the Huvadhoo Atoll) is considered to have the best conditions for surfing in the Maldives because it picks up more swell from every direction. The best surf spots in the area are: Antiques, Beacons, Castaways, Five Islands/ Gani Point, Love Charms, Tiger Stripes/Rockets, Two Ways/Twin Peaks, Gaukendi Bridge and Shangri-la.

You can rent gear in the Maldives. Boards start at $17 a day.

Dhiraagu is a good choice. SIM cards can be purchased from stores beside each other in the arrivals area of Male International Airport.

Road vehicles are not the primary mode of transport in the Maldives. There are ferries to Malé centre every 10 minutes for most of the day.

Otherwise, inter-island travel is often done by the taxis of the Maldives, seaplane!

Another option is speedboat which tend to service resorts that are a little closer to Malé.

Most likely dangers in the Maldives are getting sunburnt, or worst of all, a coconut falling on your head.

Citizens from all countries can enter the Maldives without a visa for up to 30 days.

The official language is Dhivehi. Although English is widely spoken in the country.

Maldivian rufiyaa (Rf) is the currency.

From March until April, conditions are optimal in the Southern Atolls. From May to October, the best surfing area is in the Northern atolls or the Central atolls.