France Langue Teens Nice Overall rating: 1 out of 5 based on 4 reviews.

Our job: teaching French in France.

Our mission: make you live a unique experience!

Use it or lose it! Mastering a foreign language needs an everyday practice. The full immersion in France allows a fast and natural learning experience, and it is still the most efficient way to develop language skills.

Therefore, you will learn before, during and after classes. Whatever your level, the duration of your stay, your needs or your goal, choosing us will guarantee you a total immersion in the French language and culture.

Learning French here is more than just learning a language, it is an intercultural experience that you will never forget. Already over 300 000 people have learned French and lived a unique experience in France!

1. The only language spoken on all 5 continents with English, 220 million French speakers worldwide. French is the official language in 32 states and governments members of the OIF (International Organisation of the French-speaking world).

3. A necessity to visit France in the best conditions. France is the most visited country in the world: 84,7 million visitors per year. A culture, a state of mind and a unique way of life.

5. A passport to study in French universities. Renowned universities or business, engineering, art, design and culinary schools ranked among the top best institutions in Europe and worldwide. Receive scholarships from the French government to enrol in postgraduate studies in France in any discipline and obtain an internationally recognised degree.

7. An open door to the world: 3rd most used language on the Internet ahead of Spanish.

8. An easy language to learn: There are many methods to learn French to reach a level good enough to communicate efficiently.

9. A language for learning other languages: Learning French is a good basis to learn other languages, especially Latin languages (Spanish, Italian, Portuguese and Romanian) as well as English, since fifty per cent of current English vocabulary is derived from French.

10. The language of love and reason: Learning French, it is primarily the pleasure of learning a beautiful, rich and melodious language, often called the language of love. French is also known as the analytical language, used to structure thoughts and develop critical thinking, which is a valuable skill for discussions and negotiations. 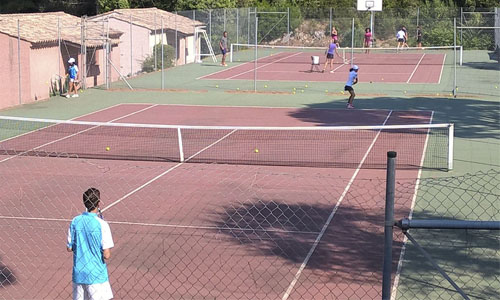 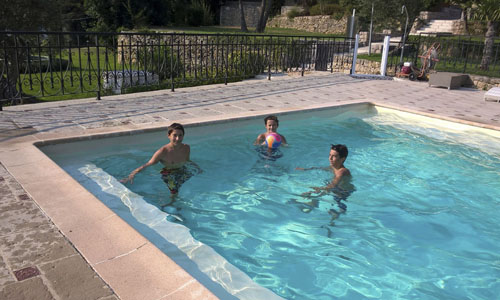 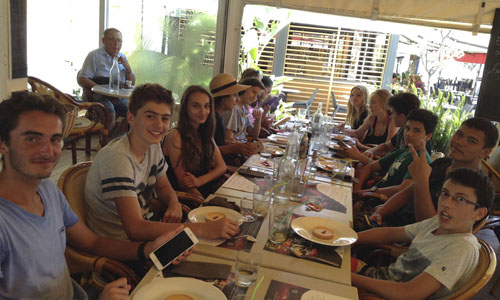 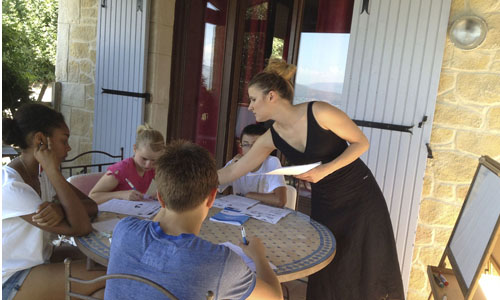 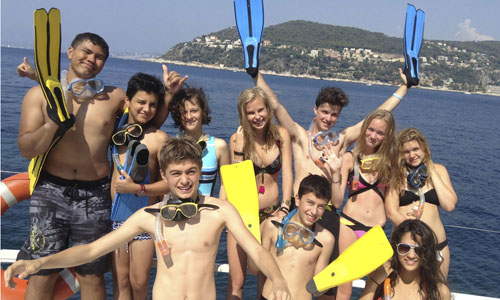 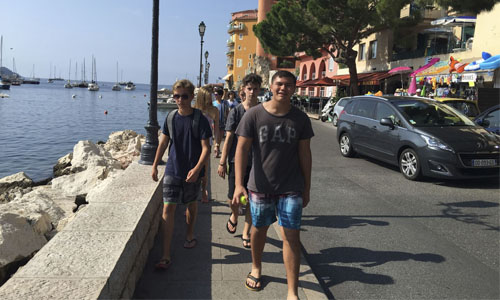 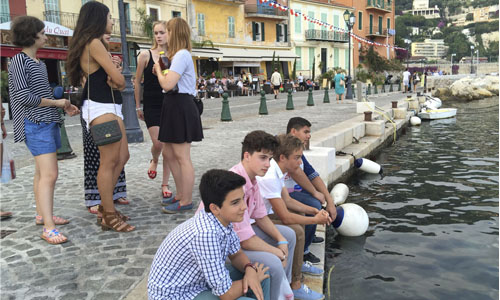 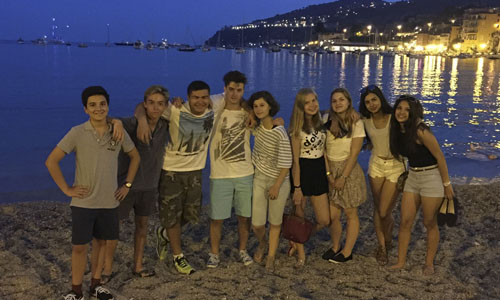 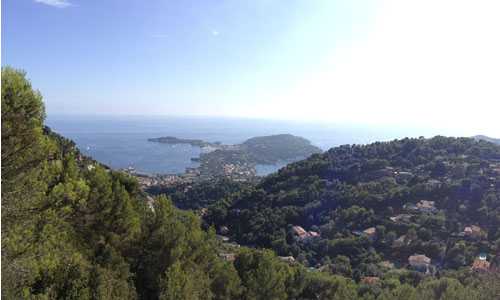 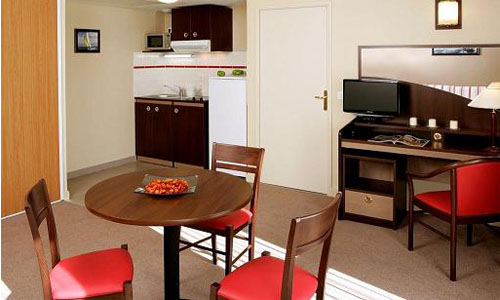 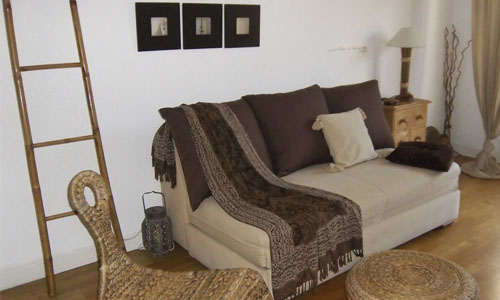 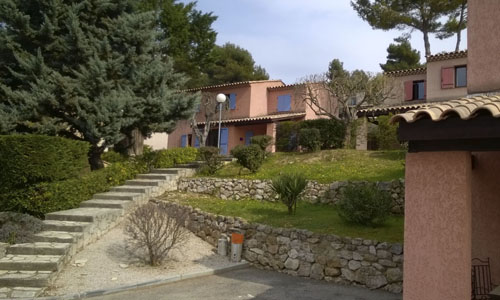 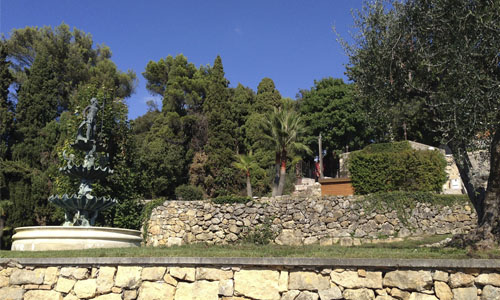 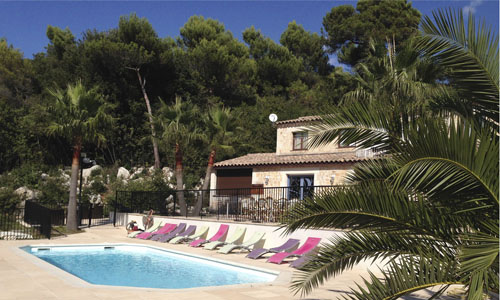 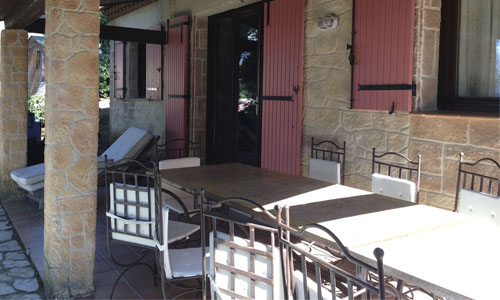 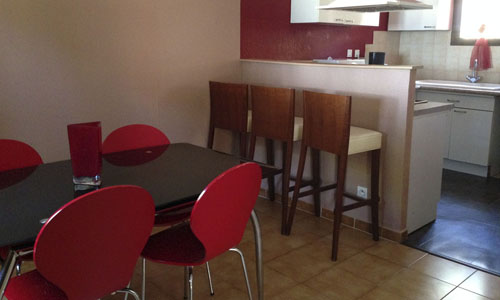 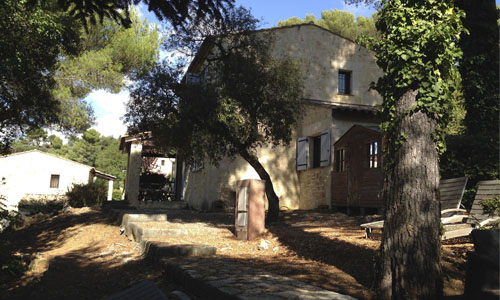 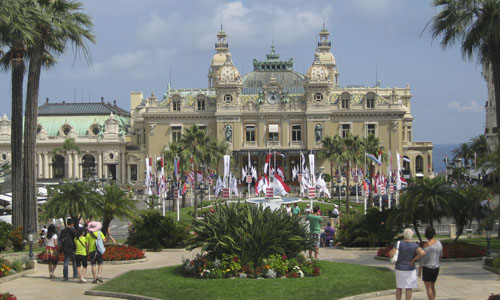 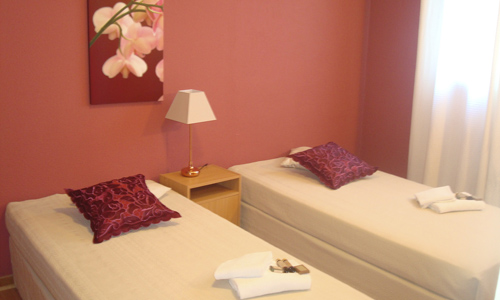 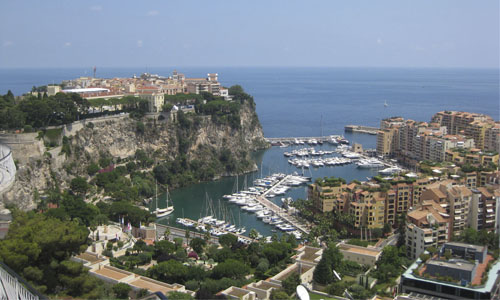 Accommodation in villas of 8 students of the same gender, in double or triple rooms. Each villa has 4 rooms and 2 bathrooms. In the heart of the Club Mont Leuze, in a 13 hectares land planted with trees, between sea and mountain, 15 minutes away from Nice and Monaco, overlooking the whole coast and the Alps.

All meals are taken at the tennis club, only 5 minutes away from the residence. Packed lunches are provided for excursions.

Transportation to and from the activities and excursions will be led by our group leaders.

Our academic methodology is based on active learing, tailor-made programmes and individual learning support of our students.

We have developed a method and a pace of progression as well as tailored activities so that students can reach their individual objectives according to the CEFR( Common European Framework of Reference for Languages – around 100 hours for levels A1 & A2, 150 hours from level B1).

Immersion begins in our classrooms: students put the language into practice to draw on their knowledge, skills and reflexes to use in real situations. Students are constantly interacting in both written and oral French and are therefore active in their learning.

The working atmosphere in our school is both friendly and serious; the pace is dynamic and steady to actively develop the language skills of students. From the point of view of our students, this means, “I’m learning, I’m enjoying learning, I’m actively participating so I’m progressing”.

Classes are organised according to levels (all 6 levels of the Common European Framework of Reference for Languages are represented in our schools) and learning objectives, making sure of a good nationality mix.

In the heart of the Club Mont Leuze, in a 13 hectares land planted with trees, between sea and mountain, 15 minutes away from Nice and Monaco, overlooking the whole coast and the Alps.

A school with a dynamic atmosphere only 10 minutes’ walk from the beach and the Promenade des Anglais which benefits from the unique Mediterranean climate in both summer and winter alike!

Our school is located on the first floor of a stylish building in the heart of the city centre close to the shops,
the cathedral, the Old Town and the beach of the Baie des Anges.

5th largest city in France and the economic capital of the French Riviera, located thirty kilometres
from Italy is bordered by the Mediterranean Sea and surrounded by the majestic mountains of the
Alps.

Its climate makes it an ever popular destination for both French and foreign tourists! Nice offers you a unique way of life, an extraordinary cultural and artistic heritage thanks to the contribution of great painters, writers and musicians and traditional Provencal cuisine.

Nice is also the perfect starting point to discover the many beautiful places in the region: Saint-Tropez, Cannes, Monaco…And even Italy and Corsica!

Return transfers are included from Nice airport or train station. Host families or our group leaders will pick the students up on arrival and drop them off on departure. Students should arrive on Sunday afternoon and leave on Saturday morning. Travel details must be confirmed 15 days before arrival (point of arrival, time, flight number…)

A signed authorisation from parents is required if students are allowed out unaccompanied during the free evenings (with a curfew). The school also requires a signed health form for each student (with medical records and requirements). Other documents may be asked to the parents.