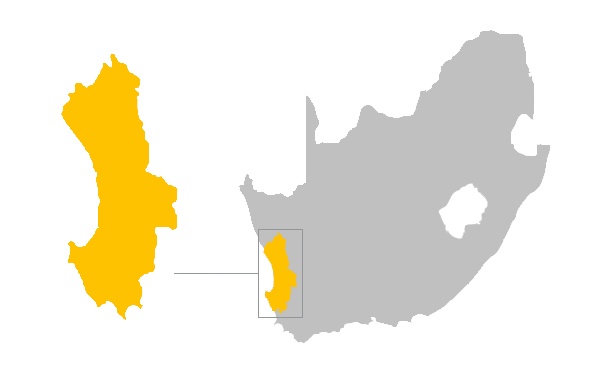 The West Coast District is located just above Cape Town on the Atlantic Coast of South Africa. While the East Coast of the country has numerous right hander point breaks, the Atlantic West Coast is dotted with high quality left hander point breaks that have good exposure to many swells direction coming from the South Atlantic Ocean. The cold water Benguela Current, that brings the temperature of the sea down during the summer, helps the swell to reach the sheltered left hand point breaks that are hidden behind the headlands. Elands Bay is one of the most famous surf spots in the area and was discovered by the South African surf legend John Whitmore in 1957. Since then Elands Bay has been a popular destination on the west coast constantly frequented by surfers from Cape Town when good swell activity is heading towards the West Coast District.

Check surf pictures of the West Coast District at #surfsouthafrica.