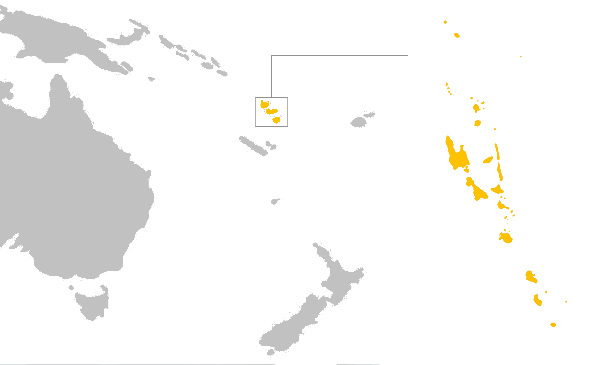 Vanuatu is an archipelago located in the South Pacific Ocean and has amazing waves. It’s often compared to many other famous surf destinations in the world, however with way less crowds and certainly at a cheaper price. The archipelago has more than 80 islands and it’s known for having excellent surf spots coexisting with a beautiful tropical scenery. Vanuatu is probably one of the best kept secrets of the surf community and offers some of the most hollow and powerful surf breaks in the South Pacific. Solid swells coming from deep Antarctic lows hit the perfect shaped reefs around the islands creating fantastic surfing conditions. Although there is a big range of surf spots that work from low to high tides, the best waves break on top of coral reefs making Vanuatu a surf destination better suited for intermediate and advanced surfers. The archipelago has waves all year round but the peak season is from March to December when the southern coasts of the islands capture lots of swell.

Vanuatu has a tropical climate with warm sunny days and humid conditions during most of the year. Although the archipelago has a wet season from November to April, and cyclones occur from December to February, the weather conditions are generally good and downpours are usually short. The average temperature during this period of the year is around 22°C. From May to October the island country experiences a warm dry season with temperatures averaging around 30°C. The best time to surf in Vanuatu is from March to December when southern swells coming from deep Antarctic lows bring powerful swells. During the cyclone season there is also potential for huge swells.

Vanuatu has lots of potential to find new surf spots but there are already many well known world class waves. These are the most popular surf spots in the archipelago: Erakor Point, Pango Point, Tanna Village, Cookies Reef, Breakas, Port Resolution, Fishermans.

Bring your own gear and don’t forget to pack your spare gear too.

Digicel is a good choice. SIM cards can be purchased from their kiosk in Bauerfield International Airport or in their stores. Prepaid packages start at $3 USD.

Taxis are marked with a red 'T' on their number plates. Charges depend on distance, but also on the state of the road. A short trip in Port Vila might cost $3.50 USD, but a day charter will cost between $66-100 USD.

Roads on most of Vanuatu’s islands are not even suitable for cars or 4WDs. In remote areas --like the east coast of Maewo, Pentecost, Ambrym, and the west coasts of Santo and Malekula – the only access is by foot or speedboat.

Minibuses with a red ‘B’ on their number plates operate in Port Vila, Luganville and northeast Malekula. They don’t run along fixed routes but instead go directly to the destination of each passenger.

Citizens from 120 countries, including EU, US, and Australia, can enter Vanuatu without a visa for 30-90 days --duration depends on what nationality you are.

There are 3 official languages: English, French, and Bislama.

Between November and April there are huge and frequent cyclonic swells.