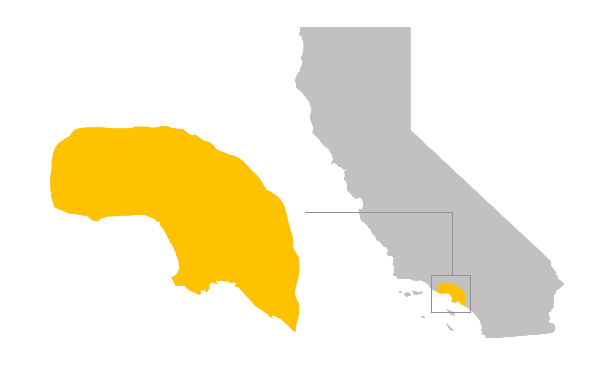 Los Angeles is one of the busiest cities in the state of California with approximately 10 million people. The metropolis is known for being the epicenter of the US film industry and home to the best studios in the country. Hollywood, the Walk of Fame and the TCL Chinese Theater are some of the touristic sites that attract thousands of tourists every year. Los Angeles also has 96km of beaches that have fun waves with good exposure to the North Pacific Ocean. One of the most famous surf spots in California and maybe in the world is Malibu, located in the north of the city right next to Highway 1. Malibu beach is an iconic longboard wave that has been surfed by legends like Tom Blake and Miki Dora. After being featured in a famous movie called “Gidget”, Malibu brought surfing to the mainstream and created more interest in the beach culture and lifestyle of the Californian surfers. Besides Malibu, LA has man made structures like piers and jetties that provide good sandbars and the Palos Verdes peninsula that offer the best surf spots in the area apart from Malibu.