Surfing in Isle of Man 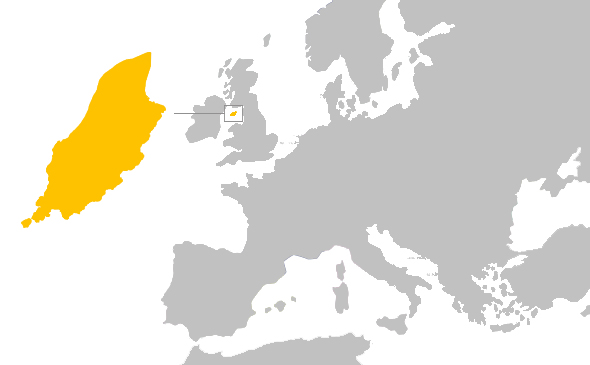 Located in between Ireland and England, the Isle of Man still captures some of the swells generated by the powerful North Atlantic Ocean. The island has many quality setups with reef and beach breaks scattered along the coast. The best swell direction is from southwest which pushes the waves up to the Irish Sea and reaches the coastline of the island. Once this happens the surf spots are lit up and you can find uncrowded world class waves breaking due to the fact that the island has a very small surf community (probably 10 guys and a couple of girls). The South coast receives most of the swell and that's where you will find the best surf spots in the island. Because of the tricky swell and tidal conditions surfing in the Isle of Man can be hard and we recommend that you get help from a local surf guide in order to make the most of your surf trip. The best time to surf on the island is from September to March during the winter and autumn months. This is when the water temperatures are colder so make sure you bring the right set of equipment. For the winter months a 5/4 wetsuit is recommended plus booties, gloves and a hood. During summer time the water temperatures are more mild and a 3/2 wetsuit usually is enough.

Climate in Isle of Man

The climate in Isle of Man is temperate maritime but heavily influenced by the Irish Sea so there aren't extreme temperature variations. The country has mild winters, cool summers and frequent rainfall. February is usually the coldest month, and average temperatures can be around 5°C (41°F). July and August are the warmest months and the average temperature is 18°C (63°C). Best time to surf is during the autumn and winter. This is when the North Atlantic Ocean is more active unleashing a massive amount of swells to the coastline of the island. If you come at this time of the year be prepared for the cold water. The average water temperature during this time of the year is 13°C (55°F) which means you will need a 5/4 wetsuit plus gloves, booties and a hood. During summer and early autumn a 3/2 suit should be enough.

Isle of Man has point breaks, good right and left handers and despite the fact that the island is located in a sheltered area of the Irish Sea you would be surprised that you can still find some big waves on the island. The best and most consistent surf spots in Isle of Man are situated in the South Coast.

Gansey is a kind of fickle beach break located on the south coast. The best wind direction is from the north and the break provides left and rights. It’s a good spot for beginners.

Barrel Rock is one of the best surf spots in the island. This point break produces a heavy barrel on the first section but can get really shallow on the inside so be careful.

The Edge is a right hander located on the south coast that works better on low tide.

The Point in Port St Mary is one of the big wave surf spots in the island and can reach up to 10 ft. This break has left and right-handers that break better on high tide.

Drivers is a nice reef break on the south coast that produces shallow and hollow rides.

Bring your own gear along, don’t forget your wetsuit!

There are two main phone operators on the island: Manx Telecom and Sure Telecom. Manx is the larger of the two with prepaid packages starting at $7 USD. Cards can be purchased from stores, supermarkets, kiosks, drug stores and official stores, as well as at the ports and airport.

You’ll find it easy to get around the Isle of Man. Most towns and cities are small enough that you can easily get around by foot.

Taxis have fixed fares to destinations throughout the island and can be found in the majority of the main towns and villages on the Island. There is also an extensive bus network.

Bicycles are available for rent during the summer months. You can find car rentals starting at $20 USD a day.

The main language is English, predominantly the Manx English dialect. Which is a Celtic language mixed with English.

The Manx pound is the currency of the Isle of Man, but you can also use pound sterling without issue.

The best time to surf is during the autumn and the winter months.

In case of any emergency you can call 999

Check surf pictures of Isle of Man at #isleofmansurf.