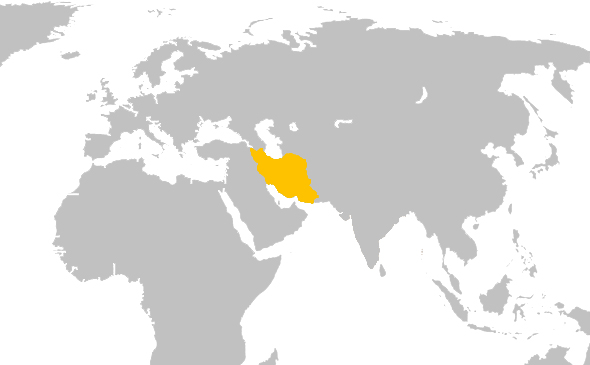 A surf trip to Iran is probably not on the top of your bucket-list. Due to the geographical position set in between Iraq, Afghanistan and Pakistan, Iran can be very politically unstable. The province of Balochistan is located in the south of the country and has the most exposed  part of the northern coast of the Gulf of Oman. This strategic position brings swells from both Indian Ocean monsoon and also roaring forties winter swell. Despite the fact that the distance that the swells have to travel to hit the coast might drop the size of the waves there is plenty of opportunity for quality surf. A diversified coastline is waiting to be explored by adventurous surfers that are not intimidated by political turmoils. In the past there has been some exploration to find new surf spots but a new local surf community is still under development to take over the task of mapping the unknown surf spots of the wild coast of the country. This makes Iran a destination for travelers who are seeking empty novelty waves that are waiting to be found in the middle of the desertic landscape of this beautiful country.

The climate in Iran is hot and dry with long, hot, dry summers and short, cool winters. The weather in Iran is affected by the location between the subtropical aridity of the Arabian desert areas and the subtropical humidity of the eastern Mediterranean area. January is the coldest month, with temperatures from 5°C to 10°C, and August is the hottest month at 20°C to 30°C or more. In most of the areas, summers are warm to hot with virtually continuous sunshine, but high humidity on the southern coastal areas of the Persian Gulf. Daily Temperatures can be very hot; on some days temperatures can easily reach 40°C or more, especially along the Persian Gulf and Oman Sea which causes a danger of heat exhaustion. About 70 percent of the average rainfall in the country falls between November and March; June through August are often rainless.

The main surf spots in Iran are located in the province of Balochistan which is the only part of the country that has good exposure to the Indian Ocean. This region and the Makran coast offer endless opportunities to discover new waves in the bays and on the headlands of this desertic coastline.This area has a few fishing villages which explain the name Makran, meaning fish eater. The best surf spots in the country are Ramin, Meygou, Mars, Maahi, Kabab, Darya Bozorg, Bod, Beris.

2018 brought new regulations and registration policies, making it a little bit harder for tourist to obtain a SIM card. Irancell is the recommended provider in Iran, as they have proven to be the least problematic for foreigners and offer the best rates. Irancell has a shop at the airport where you can purchase a prepaid SIM for a few dollars.

Services on most public transport are frequent, pretty punctual and very cheap.

You can get almost anywhere by bus. Savari (shared taxis) are usually quicker to get around than buses but they can be less comfortable. Trains move between most major cities but departures are much less frequent.

It’s not possible to rent a car in Iran, but you could hire a private driver for around $60 USD a day instead.

Note: UK, Canadian and US citizens are required to be escorted by a government-approved guide at all times. Admission and transit are refused for nationals of Israel

Persian (Farsi) is the official language. You might find a few English speakers at hotels in major cities, but other than that you should probably learn a few common Farsi phrases.

Iranian rial (IR) is the official currency, but the Toman is used frequently.

From May to September.