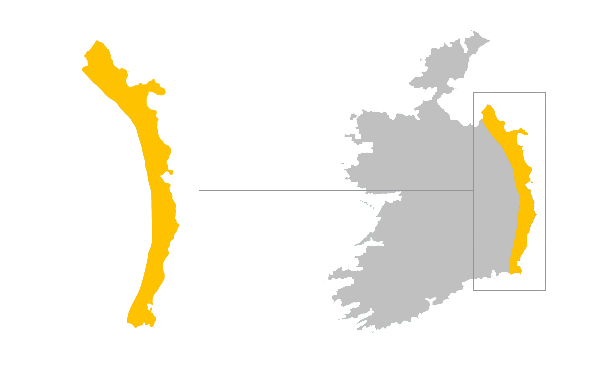 The Eastern Coast of Ireland is the most inconsistent part of the country and seldom has waves. The only chance of having decent waves in this area is with an extra solid SW swell or the unpredictable local winds swells that can create some small but fun waves. In Dublin there is a wave to the south of the harbour mouth, generated by the wake of car ferries coming into Dublin's port that can be surfed with a longboard or a stand-up paddle. It’s far from having an artificial surf pool or a world-class wave but still can be fun if you are desperate to get some waves.