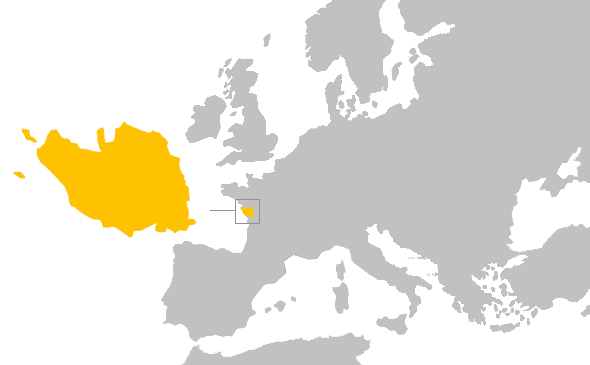 Charente Maritime is a department located in the west of France on the north half of the Nouvelle-Aquitaine region. It is named after the Charente River which is the most important river in the department. This coast is also part of the Côte de Lumière that has this name because it is the region that receives highest sunshine hours on the French Atlantic coast. This area has a good variation of setups and the coastline has rocky parts and long straight sandy beaches creating all kinds of surf spots. The Charente maritime coastline is near to a few cities but it's not as popular as the famous surf spots down south which means less crowds since most travelers tend to overlook this part of France. Spring and autumn are the best time of the year to surf at the beach breaks since the swells are not too strong. Winter brings powerful storms and during this period the more protected reefs and slabs start to be the main attraction with perfect waves.