Lanzarote Kite Overall rating: 5 out of 5 based on 3 reviews.

The Surf House is ideal for those who want to live a great surf experience in close contact with all the surfers from all over the world. It is located at the village of Famara, 100m from the beach where you will take the surf courses.

Here the participants share the 200 square meters of the house, equipped with everything needed for a comfortable, relaxing and fun holiday. 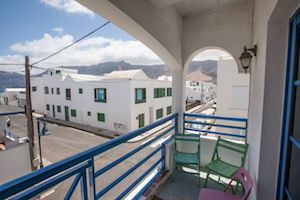 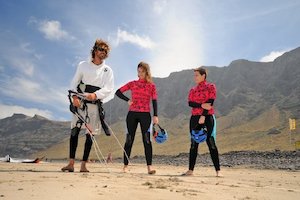 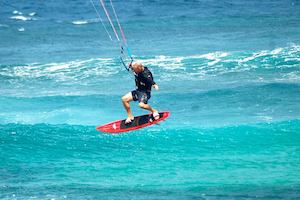 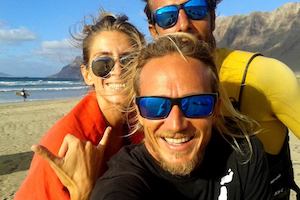 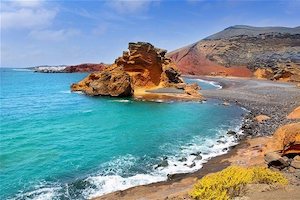 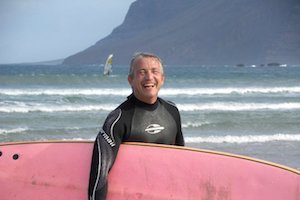 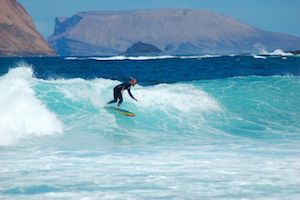 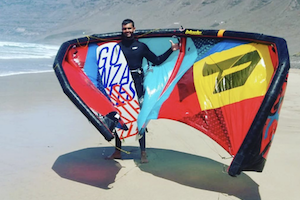 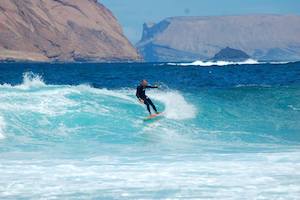 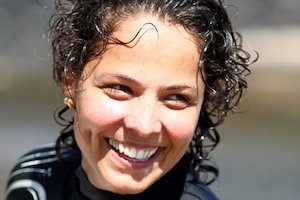 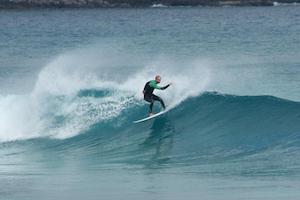 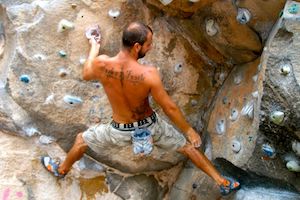 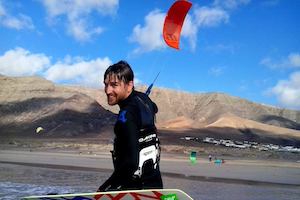 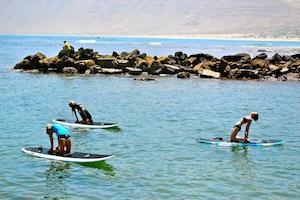 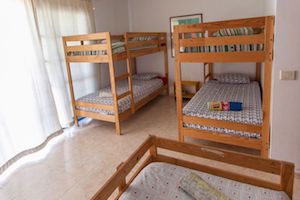 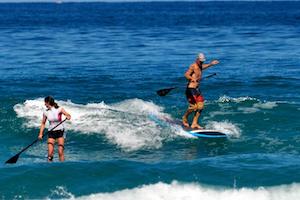 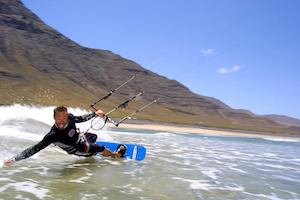 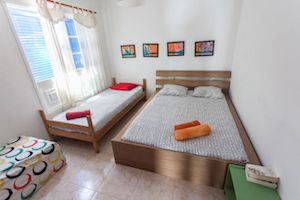 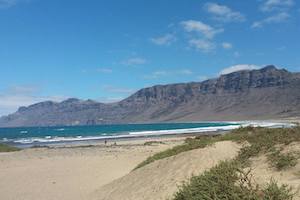 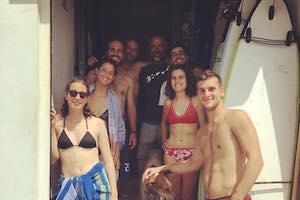 KITCHEN EQUIPPED WITH ALL COMMON

SURF SCHOOL: All levels, Surf Guiding around secret spots with our experimented coaches to the best waves in the area , Surf Trips to other islands…

KITE SURF SCHOOL: All levels, best material available. You choose how you long you want to stay at the beach.

HALF DAY TRIP TO SECRET SPOT

Known as the “Fortunate Islands”, the Canary Islands enjoy a permanent spring like, subtropical climate cooled by the Ocean breeze and the Trade Winds, with warm waters and consistent swell most of the year. Off the coast of Morocco, Spanish territory and outpost of the European Union, the Canary Islands are but a two hour flight from Madrid and the mainland.

The “Hawaii of the Atlantic”, as the islands are referred to by surfers, this volcanic archipelago is formed by seven islands. Lanzarote thanks to its morphology offers quality reef breaks that give its best from November to March, and from April to October offers suitable conditions for beginner and intermediate too. A 3.2 mm wetsuit is optimal all year long ( with water among the 18° C – 20° C degrees ) and thanks to wind and waves consistency, also during summer is easy surf on the NW side of the Island.

Surf House is a surf and kite school in Caleta de Famara (Lanzarote). We have a beautiful location near the beach. We organize camps, single lessons, excursions, and everything you need.

Being the easternmost island of the Canary archipelago, Lanzarote is a spectacular combination of fire and water, with volcanos and black lava rock doted with whitewashed houses, dominating a landscape from another planet of phantasmagorically, almost lunar beauty.

The entire island has been declared as a UNESCO Biosphere Reserve and hosts the Timanfaya National Park, a spectacular volcanic landscape formed by two recent eruptions of the 18th and 19th centuries.

The Island is also an example of sustainable tourism with a complete integration with the environment, in great part due to Cesar Manrique, an artist and architect who was committed in rediscovering the beauty of the landscape and the culture of Lanzarote and convinced the islanders to do so as well.

Even though could seem so tiny, Lanzarote offers you many spectacular spot a step away from the surf camp! Do not hesitate to combine a tour of the island, having a break during your surf holiday! Without any stress, our staff will help you to rent a car at the best price!

Our staff will come to pick-you and drop-off, all year long!

Low cost flight to Lanzarote departing every month from the major European Cities, easy to find through the web! The transport from the International south airport is included in all our package…

If you want to have a look of the Island, we recommend you yo hire a car. It will turn your journey more comfortable without adding too many costs (insurance, no limit km, schedule rental time arr./dep.). We will be delighted to help you with your car hiring at the best price!

What do we need:

By Bus or Taxi

Take a bus from the Airport to Arrecife, following direction Famara.

From Monday to Friday – Line 22 from the airport to Arrecife, than line 20 directed to Caleta de Famara.

Weekends – Line 23 from the airport to Arrecife, than line 3 directed to Teguise and finally line 31 from Costa Teguise to Caleta de Famara.

Taxi available from 30,- € * per way. No problems if you carry your surfboard with you!

Second day 30 €/hour you can choose how long you want to stay on the beach.

Private lessons 1 hour 50 € (mandatory for children under 10 years old) the instructor will come in the water with you.

Rent Kite: 30 €/houre with instructor watching you (for safety reasons)

OPTIONAL adding extra 30 € you can choose: