7ª Essência Ericeira Surf House Overall rating: 5 out of 5 based on 2 reviews.

We are located on a calm area only about 10 minutes walking to Foz do Lizandro beach and 15 minutes to the center of Ericeira Village.

Foz do Lizandro it’s a wide sandy beach, surrounded by a natural landscape and with a river mouth that provides good surfing conditions.

There you can find a variety of Cafés and Restaurants, with good food and a relaxing and chill atmosphere.

You can have daily Surf, Bodyboard and Stand Up Paddle lessons and by request can also ride bikes without any charge (subject to availability). 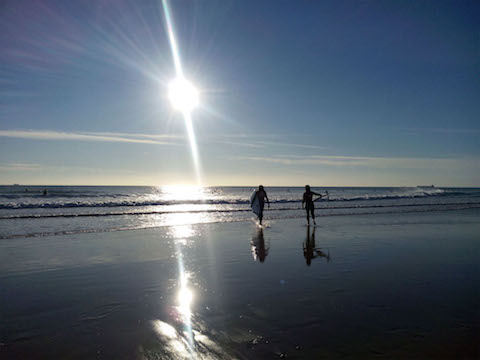 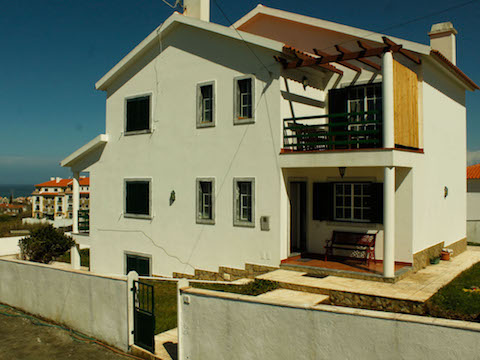 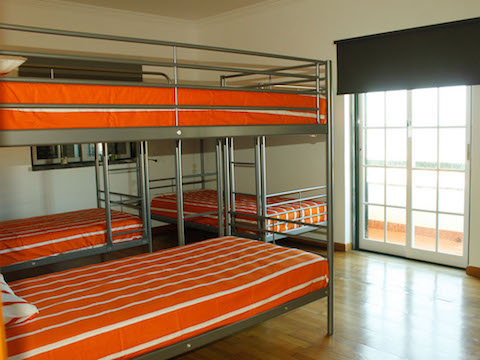 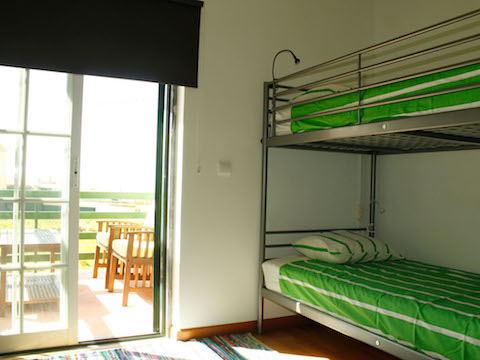 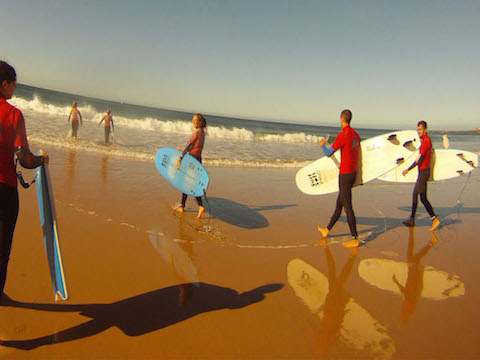 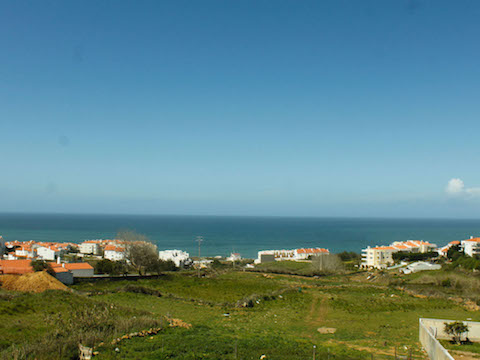 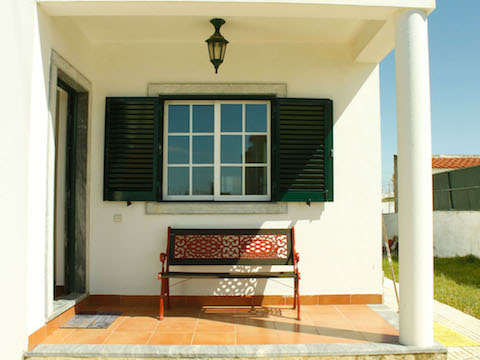 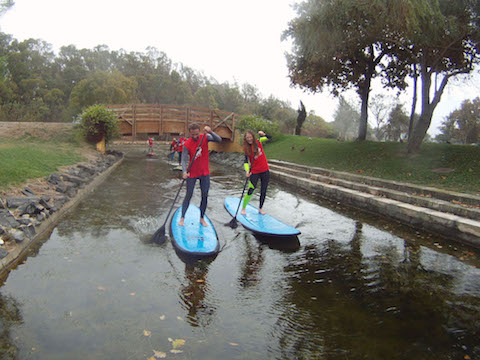 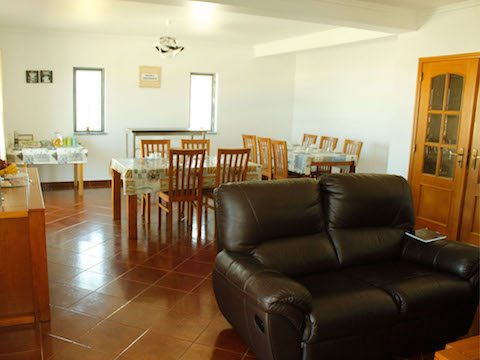 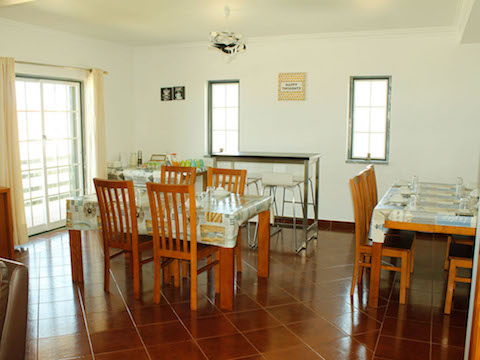 With 4 shared rooms, a full equipped kitchen, a cozy living room and a large outside chill area, where you can relax and enjoy the sea view.

We have Free Wi-Fi, Cable Tv and BBQ.

Ericeira can offer a variety of incredible surf spots, for that reason it was classified as the first World Surf Reserve in Europe.

We have coaches with a degree in Physical Education and Sport, and instructors certified by the Portuguese Surfing Federation (FPS) and the Academy of Surfing Instructors (ASI), with great knowledge of the region.

Beginners and Intermediate Courses
Surf Camp wants to offer quality and funny vacations to their clients, both advanced surfers as well as someone who just wants to learn to surf or bodyboard.

The Surf lessons are accompanied by professionals who have the Portuguese Surfing Federation certificate, Academy of Surfing Instrutors certificate, many years of experience, practice and competition history.

We provide our surf lessons in Carcavelos beach, on the beach of Guincho and Ericeira – World Surfing Reserve.

Surfing Courses
With a duration of 5 days lessons, it is possible to travel between Lisbon and Ericeira with our facilities.

With a wide “spot” choice, both regions offer good options for surfing or bodyboarding, offering the beginner participants and more experienced ones a rewarding experience.

For intermediate and advanced surfers who want to know the best spots in the region, we have a surf guide service. Everyday you can search the best waves together with an expert guide of the region.

A good choice to spend a funny day or weekend in friend’s company is the One Day Surfing, Two Days Surfing has the duration of 1 day or 2 days, having a surf or bodyboard lessons. If you are intermediate or advanced surfer you can choose to go surfing in the best spots in Lisbon area.

The Surf House is located on a calm area only about 10 minutes walking to the beach Foz do Lizandro and 15 minutes to the center of the village. With 3 shared rooms (male, female and mix), a full equipped kitchen, a cozy living room and a large outside chill area where you can relax and enjoy the view.

Ericeira is an ancient village thought to be a place of passage and a settlement for the Phoenicians.

“The village of Ericeira had its first documented charter in 1229, granted by King Ferdinand Frei Rodrigues Monteiro, Master of Cavalry and Military Order of St. Benedict of Aviz”, renewed by King Manuel I in 1513.

“The charters were primarily intended to regulate the local public law, defining and regulating the county’s relationship to the royal power and the landlord of the locality” (…) “The customs of the villages were not simply important enough to be introduced in their charters (…) but made the law in this area. The customs provided the true strength of the written laws. ”

At other times, Ericeira was largely a place for a population of seafarers, known as the Jagoz. This was a geographically defined ethnic group, distinct from the other inhabitants of the Saloia region, which formed across many centuries.

Ericeira’s heyday came in the 19th century, when it became the busiest port and customs in Extremadura, responsible for supplying most of the province. As the site of the departure of the Portuguese royal family as they left for exile, an event which marked the end of the national monarchy, Ericeira is one of the most dramatic sites in the Mafra area.

Its beaches and fishing grounds, alongside its heritage and gastronomy, with outstanding fish and seafood, are now amongst the biggest attractions of this seaside town.

Legend has it that the meaning of the name, Ericeira, or “terra de ouriços”, comes from the many sea urchins (ouriços-do-mar in Portuguese) that abounded on its beaches.

However, recent research suggests that hedgehogs (ouriços caixeiros) might provide the inspiration for the village’s name. The discovery of an ancient coat of arms from the village, now in the Archive-Museum of Mercy, confirmed this idea, showing an animal that is in fact, a hedgehog, a species that evokes the Phoenician goddess, Astarte.

If you are driving you can take highway and takes about 20 minutes drive from Lisbon.

If you just landed in Lisbon airport, you have you have some options:


If you just want to feel the sensations of surfing or bodyboarding can book a lesson with us.

Our lessons have a duration of 2 hours, work in the morning or afternoon.

We work only with small groups (6 students per coach).

We provide all the necessary equipment.

STAND UP PADDLE PER LESSON


If you want to learn the basics of Stand Up Paddle, develop your technique in the waves or just enjoy a walk, book now. Our lessons have a duration of 2 hours, work in the morning or afternoon, all students have maximum attention (4 students per coach) and we provide all the necessary equipment.


A good choice to spend a funny day or weekend in friend’s company is the One Day Surfing, Two Days Surfing has the duration of 1 day or 2 days, having a surf or bodyboard lessons. If you are intermediate or advanced surfer you can choose to go surfing in the best spots in Lisbon area.