Maldives Boat Club - Adora Overall rating: 5 out of 5 based on 1 reviews.

To top it off, the best in personalized accommodation, services and facilities. For entertainment and activities apart from surfing, the vessel offers snorkeling, island hopping and picnic on an uninhabited island.

The best time for surf trips is from May to October is most commonly done in Male atoll surf area which contains breaks such as, Past point, Lohis, Cokes, Chickens, Sultans, Jailbreaks, Honkeys, Ninjas and Twin Peaks. 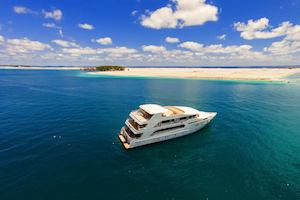 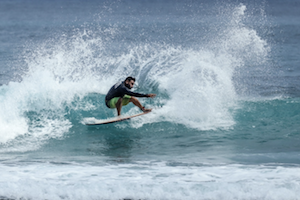 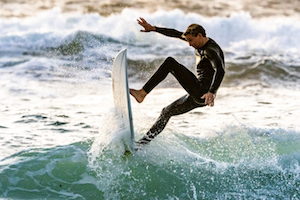 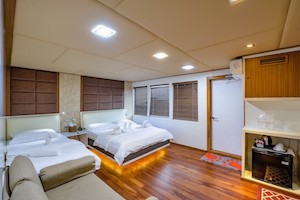 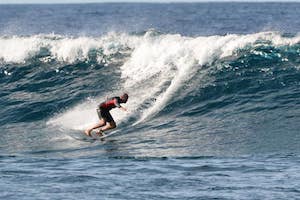 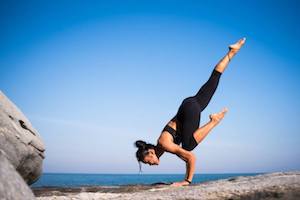 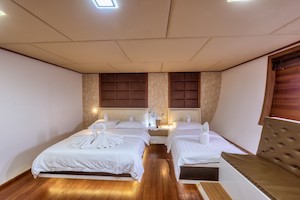 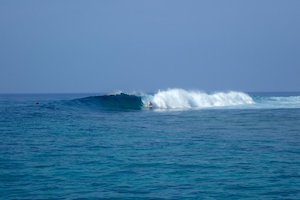 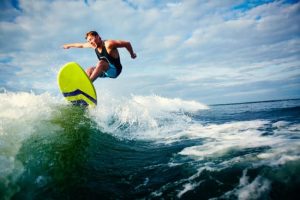 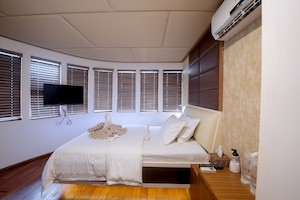 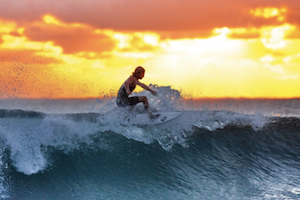 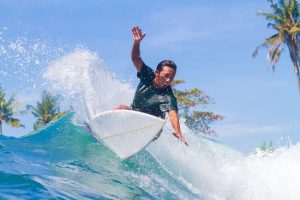 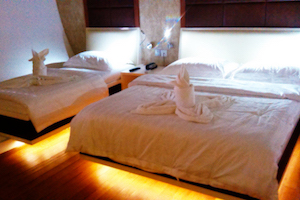 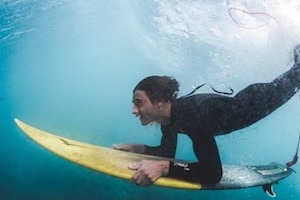 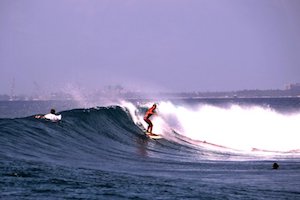 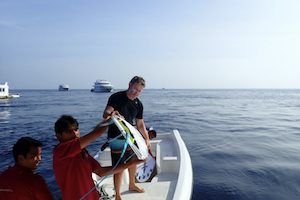 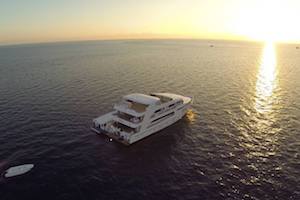 1 Superior Room in the Middle Deck: Each room has 1 double size bed

4 Deluxe Room in the Upper Deck: Ocean View Suites with 1 double size bed and 1 twin bed furthermore its own balcony.

The best time for surf trips is from May to October

Surfing in the Maldives is most commonly done in Male atoll surf area which contains breaks such as, Past point, Lohis, Cokes, Chickens, Sultans, Jailbreaks, Honkeys, Ninjas and Twin Peaks

Picnic on an uninhabited island

In general, the Maldives rely on the same swell as Indonesia with the best and most consistent swells coming from April to October. Swell size will likely peak from June to September when south swells from the southern Indian Ocean make their presence known on most of the exposed breaks. This is also the time of the southwest monsoon and many of the spots can see offshore conditions. The waves will normally range from 4-8 feet, with occasionally bigger days.

February and March considered the early part of the season will see fun surf and more stable weather but swells will vary, arriving in the small to medium size range. The same holds true for November when the season is coming to a close.

The North Male Atolls have been popular with surfers for quite some time thanks to a variety of spots that stay fairly consistent, especially in the prime summer months when south swells are in abundance. There is an assortment of spots scattered around these idyllic islands ranging from long points to hollow sucking barrels that can accommodate all levels of surfing. Although west to southwest winds are the norm at this time of year many of the breaks in this island reef chain are well protected and will remain clean, while others will be offshore.  Crowding can sometimes be an issue because of the relatively easy access of the breaks courtesy of the many boats in this wave-rich zone and due to the resorts that shuttle surfers out to the breaks.

At the moment surf charters exploring the Central Atolls have focused on the Meemu, Thaa, and Laamu Atolls, each one offering a variety of waves.  All three atolls have great exposure to south swells and there are plenty of reef-pass setups that will often see bigger waves than the more popular North Male Atoll.

Numerous world-class breaks have been discovered in the Central Atolls, mostly in the form of right-handers. The beauty of surfing these island chains is that there are many spots within a short distance of each other and waves that will accommodate every level of surfing.  So if you find a reef sucking barrel that looks rather intimidating, you’ll likely find a more welcoming and forgiving wave just around the corner or on the next reef pass.

Naturally, some spots might be more exposed to wind, but the layout of these islands and their accompanying reefs means that many breaks will be protected, ensuring clean conditions. As the only means of access to these atolls is by charter boat, those lucky enough to have ventured there have been reaping the rewards, and with nobody else around.  Crowding is not an issue in the Central Atolls!!

Gaafu Dhaalu Atoll Being among the first line of defense against incoming south swells, the Gaafu Dhaalu Atoll (also known as the Huvadhoo Atoll) is generally known to pick up more swell than it neighbors to the north and is more open to variations in swell direction. In a nutshell this means plenty of consistent wave action and some world-class breaks. Due to the abundance of reef passes that are spread throughout this atoll, there are a variety of spots for every level of surfing, be it more forgiving playful waves to grinding hollow shacks.  The Gaafu Dhaalu Atoll is said to have the best conditions in March and April just before the southwest monsoon begins and September to November when it is coming to a close. From May to August there can be wind issues on the south-facing spots but that’s when you motor to the east-facing part of the atoll where there is more protection. The east-facing breaks will still have plenty of sizes as this is the peak swell time. While you may encounter other charter boats in the area, most of the time you and your crew will have the spots all to yourselves.

Addu Atoll Any surfer looking at the locale of Addu Atoll would be thinking one thing: surf, and lots of it. As the southernmost atoll, lying just below the equator, Addu Atoll has the best swell exposure in the Maldives. There is south, east and west-facing parts of the atoll. Several expeditions have revealed a good lefthander off the island of Vilingili and a righthander just south of Gan, yet information remains somewhat limited. Unlike the northern atolls where island commuting is done by boat, the Addu Atoll has a road connecting the islands, which makes overland travel possible.

Once you have landed in Male you will be picked up by your hosts and can simply relax and fall into surf adventure mode!

The best time for surf trips is from May to October

√ Accommodation in air-conditioned cabins with outside window

√ Full board meals: breakfast, lunch, and dinner served as a buffet