Selina Florianopolis Overall rating: 5 out of 5 based on 3 reviews.

Waterfront Surf Club in Florianopolis is the perfect spot for water sports enthusiasts.

Grab a board to surf at Praia Mole beach, or sign up for courses in canoeing, snorkelling, and paddleboarding. Set an alarm for yoga on the beach or walk to Barra da Lagoa’s fishing town and meet Floripa’s islander community.

Practice aerial yoga on our yoga deck or participate in alternative movement workshops, tor ake the pace down a notch on-site at our meditation centre. Plus, you can enjoy a fruity Brazilian breakfast at our restaurant, or head to our cowork area to stay productive on the road.

Travelling with a furry friend? Pets are welcome! 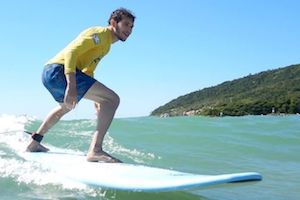 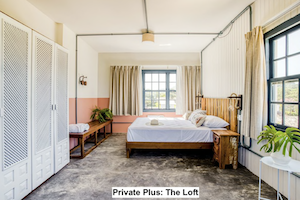 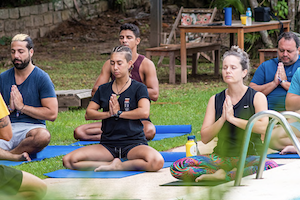 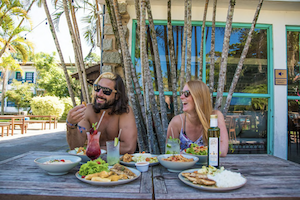 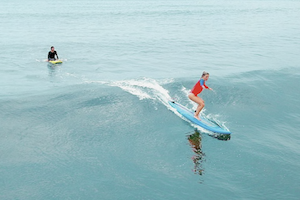 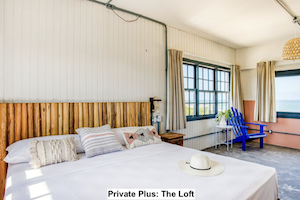 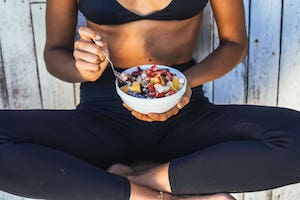 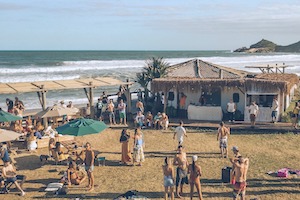 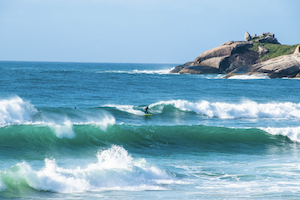 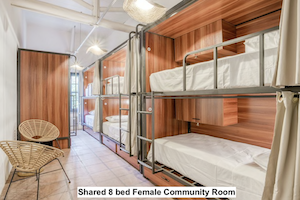 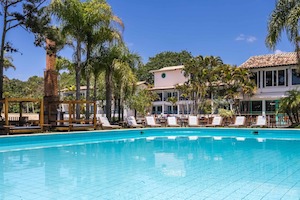 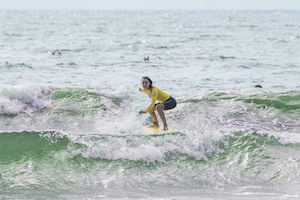 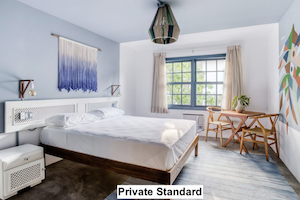 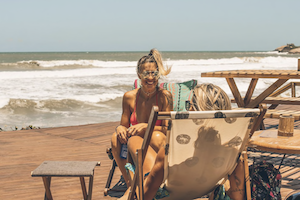 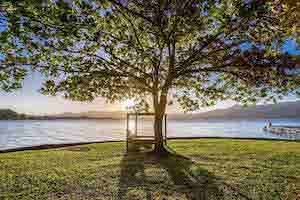 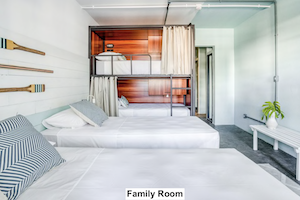 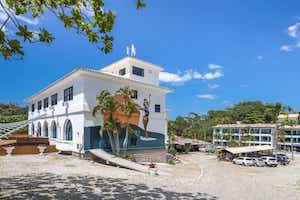 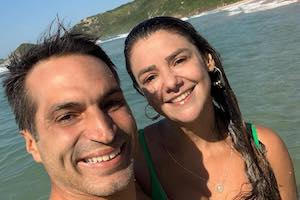 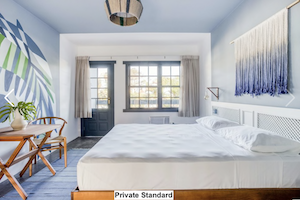 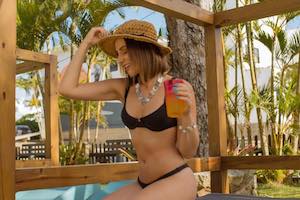 Different options for all budgets in a great atmosphere.

√ Similar to a ship or train cabin, this is our most basic sleeping solution.

√ The bathroom is shared between up to 4 micro rooms.

A bed in a Community Room offers security, comfort, and the chance to connect with fellow travelers. You’ll receive a twin size bed or bunk bed, an individual storage locker, and access to a shared bathroom.

Learn the right movements to stand on the board, how to position your body, tide information and also safety protocols. After stretching, go into the sea with our experienced professionals instructor to learn and have a lot o futon the waves.

If you already know how to surf and wants to improve it we have classes for all levels, guiding only also available.

East region of surf in Florianopolis and best beaches

The wave itself is a sand-bottom, lefthand semi-point of shifting sandbars off a rocky headland. On its best days, it can hold big swell — up to double-overhead — and can get heavy. A variety of spots from the north end of the beach can handle any swell direction and any tide, up to 10-feet or more, and on its best days it can be spectacularly long and hollow. Picks up lots of swell, and there’s usually always something to ride. Night surfing is possible when the surf is in the fun range.

The north end of the beach offers quality peaks when the surf is small, but bigger swells tend to close out the rights – and the lefts can hold to slightly overhead, but anything bigger will shut them down, as well; and the rest of the beach is average beachbreak stuff, but various peaks can have their day, and when S winds blow out the rest of the beaches, everyone will end up here looking for a wave. In the south corner, protected from the wind, is Gravatá, that hold bigger S/SE swells and produces a right hand.

The beach of mozambique has the longest stretch of sand among the floripa beaches, it is 12.5 km. There are 12 access points to the beach and the best is the northernmost point that takes the left corner, also known as the tip of the spiders, where it forms a powerful left with a very continuous wall.  The perfect, tubular waves break right and left along the beach and work well with almost any swell, mainly south, east and southeast and mainly northwest and west land winds. The waves can reach 3 meters in the days of greater hangover of this beach break with a sandy bottom.

The waves are generally not large – around 0.5 to 1 meter – and are very suitable for beginners. The best swell ‌ for this wave is the east one, because it makes it open a right to the middle of the beach. The south wind is good, as it is protected by the rocks, as well as the west and southwest winds that are terrific.

One of the best surf ‌ spots in Florianópolis, because in addition to having a very good wave, it is never crowded, as it is in a reserve far from civilization. To get there, you must take a 20-minute walk from the soft beach. Three different peaks work on this beach: on the right side of the beach, with rights on the south, southeast and east swells and north and northeast winds; the middle of the beach, more crowded with rights and lefts similar to the waves of the soft beach; and the left corner, more to the north, with long, more tubular lefts that work with east swell and northeast wind. The bottom is sandy and the wave can reach 2.5 meters.

Go remote and work away while you play! The WiFi is generally fast but subject to conditions outside of our control such as the weather. Average WiFi Speed: 25 – 50 Mbps

Barra da Lagoa Barra da Lagoa is a quaint fisherman’s village. It is in a natural setting as there are no huge hotels on the beach and the Southern headquarters of Projeto TAMAR (Save the Turtles) is located here. Penguins swim into the canal and near the beach of Barra da Lagoa during the colder winter months of June, July and August. The canal at Barra da Lagoa connects the Lagoa da Conceição with the open sea. It is not uncommon to see fishermen during the night tossing their nets in the lagoa to catch shrimp they sell to the fresh fish restaurants in this community.

The closest airport is FLN (Hercilio Luz International Airport). It’s 25 minutes by Uber or taxi from the Surf Club

TILAG is the main bus terminal serving the Surf Club, this terminal is 10 minutes away by bus, Uber, or taxi. You can find buses to TILAG from other stations in Brazil like TICEN, TIRIO and TITRI.

Come surf on the best spots in Florianopolis

√ 2 nights Accommodation in a Standard room