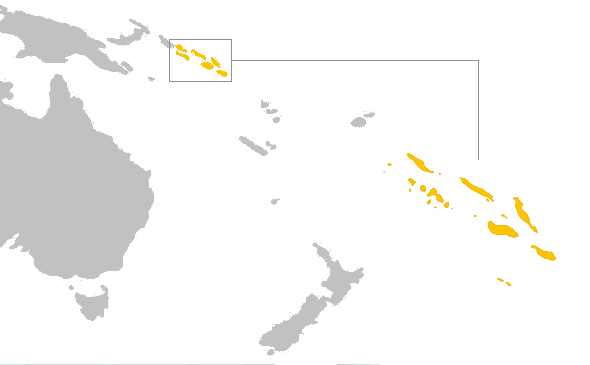 The Solomon Islands are located in the Melanesia and are in a strategic part of the Pacific Ocean receiving both north and south swell. This makes this archipelago one of the most consistent surf destinations on earth. Melanesia is also known for having one of the highest marine biodiversity in the world. Not many places offer such conditions. The Solomons are more than your typical surf trip. The archipelago is full of culture and has almost 100 languages spread over 900 islands. Here you’ll experience turquoise blue water, amazing colorful reefs and white sand beaches. Not to mention the world class fishing, green lush tropical rainforest and uncrowded offshore reef breaks. The best time to surf in the Solomon Islands is from November to April when the North Pacific has plenty of activity going on. Long period ground swells regularly hit the exposed north facing coasts. Typhoons are also another source of swell that produce high quality waves at reduced size and very long periods. As you can see the Solomon Islands have all you can want and more to be one of your top must venture destinations in the world.

Tropical depressions, cyclones and lows in the coral sea and off the coast of Queensland and Western Pacific can generate swell from the east and south making the Western Province the place to hit. The best season for waves is November thru to April when the North Pacific lights up. Long period ground swells regularly hit exposed north facing coasts including Malaita, Santa Isabel and Makira. The same swells which hits Hawaii reach the Solomons about a week later at reduced size and very long period. Swell is usually 3 to 6 feet but can be bigger up to 10 foot at its peak, for many it’s time to search for those inner reef breaks that turn on with the extra swell. Typhoons off Japan and Philippines also produce great quality waves at reduced size and very long periods. Swell is usually 3 to 6 feet but can be bigger.

Solomon Islands have an equatorial climate characterized by being hot, humid and rainy throughout the whole year. The average air temperature is stable with highs around 30°C (86°F) from November to April. This is the warmest and wettest time of the year with predominant northwest winds bringing lots of humidity to the archipelago. Most of the rainfall happens from January to March. From May to October the southeast trade winds kick in bringing cooler temperatures and significantly less rain. The best time to surf in the Solomons is from November to April with peak surf season in January and February when solid swells hit the coastline of the archipelago.

Although there are mellow waves suitable for beginners, the Solomon Islands is not the ideal place to learn how to surf. Most of the waves break on top of coral reefs and can be quite heavy especially during the high season. The most consistent spots are situated on the Santa Isabel Island area that receives a good amount of north Pacific swell and the southeast trade winds it’s offshore during half of the year. The most popular and well known surf spots in the Solomons are: Anchovies located in Papatura. Fast, hollow right handers. Dolphins is a left-hander also located in Papatura. Kummas is one of the best waves in the Santa Isabel Island area. Donuts is a long right-hander perfect for those who are looking for some mellow waves. Kologhose is a long left-hander by Vavaghio. Marista is a right hander near Vavaghio. Skull Island is fickle but when it's working can be the longest right-hander wave in the Solomons. PT’s it’s better suitable for advanced surfers. This break can handle a lot of size. Tai is one of the swell magnets of the archipelago. There are waves breaking for both sides at this spot. Gnali Nuts is a very consistent left-handers suitable for all levels of surfers. Kofiloco is a long right-hander that it's perfect for longboarders and beginners.

Picininies is a consistent right hander.

Telekom is a good choice.

You can get a sim card at the airport for free now if you show your boarding pass at the Telekom stand just outside of arrivals.

We recommend setting it up asap and going somewhere local to top up as there is no way to top up online or over the phone. Prepaid packages start at $3 USD.

Public minibuses can be a cost-effective way to move around. Fares within central Honiara cost $0.40 USD. In areas where there is no minibus network, people pile into open backed trucks.

Taxis can also be a convenient method of transport. There may not be a meter, so it is best to agree on a fare before you get in. Generally $1.50 USD per kilometre is a fair rate.

There are regular passenger boat services to get you between the islands.

All of the breaks are reef breaks

Citizens from 44 countries, including the UK, US, and Australia, can enter the Solomon Islands without a visa for up to 90 days.

The official language is English

The currency is Solomon Islands dollar

The surf season runs from mid-October to April with the biggest swells rolling through in January and February.

Dial 999 for emergencies and 911 for an ambulance

Check surf pictures of the Solomon Islands at #surfsolomons.