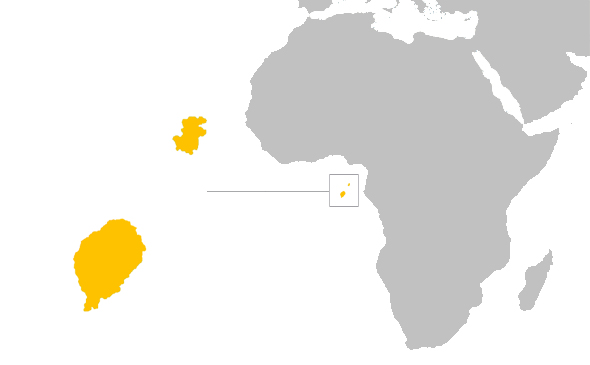 São Tomé and Principe is an archipelago consisting of 3 islands located 270km away from the western coast of Africa. The largest one is São Tome followed by Principe and finally the small islet of Rolas. The country is known as “chocolate islands” due to their large cocoa plantations dating the colonial time. São Tomé and Principe offer a unique mix of tropical vibes and native culture. The islands have a huge potential for unexplored surf spots and are rarely visited by any traveling surfer. The best surf spots are found in the east coast of the main island of Sao Tome. Radiation Point is definitely the best surf spot in the country, with long peeling right-handers that will surely conquer your heart. The lack of infrastructure on the west coast of Sao Tome makes it hard to explore that side of the island. That leaves space for hidden gems to be found. The best time to surf in the islands is during the dry season, from April to October and the most consistent months are from June until September. The water is warm all year round and perfect to surf just wearing board shorts. The surf potential of São Tomé and Principe is undeniable. The upcoming tourism of this island nation is nurtured in an eco friendly way that values the local people and the exotic natural attractions. With uncrowded point breaks and amazing wildlife, it's just a matter of time until this archipelago becomes one of Africa’s best surf destinations.

Climate in São Tome and Principe

The climate in the island nation of São Tomé and Príncipe is tropical with hot and humid weather throughout the year. Maximum temperatures are around 30 °C (86 °F) from January to April and slightly cooler from June to August. The best time to surf in São Tomé and Príncipe is during the dry season, from April to October and the most consistent months are from June until September. The water is warm all year round so don’t worry about bringing your wetsuit.

There is one place where you can rent, but it’s probably best if you bring your own gear.

CST is a good choice. SIM cards can be purchased from the providers in Sao Tome city and in Santo Antonio (on Principe). Registration is mandatory and it can take up to 3 hours for the SIM to activate after registration.

There’s not a whole lot of public transport on these islands.

Most of the locals use shared yellow taxis or motorcycle taxis.

Renting a car is possible on Sao Tome. Rentals start at around $35 USD a day.

Not many hazards on these laid-back islands.

Citizens from 55 countries, including EU, US, and UK, can enter Sao Tome and Principe without a visa for up to 15 days. Most other tourist will need to apply for an eVisa before they travel.

Portuguese in the official language. You’ll find a few English speakers on the islands.

The currency is Dobra (Db).