Surfing in Rio Grande do Sul 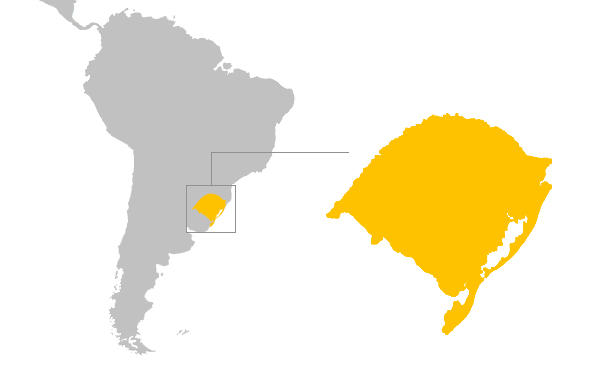 Rio Grande do Sul is the southern state of Brazil and it’s known for having extremely long beaches interrupted by 3 river mouths: Rio Mampituba in Torres, Rio Tramandai and Arroio do Chui. Besides the river mouth a few jetties help to create some nice and consistent sand bars. Most of the beaches in Rio Grande do Sul are completely exposed, receiving constant swells from the southern parts of the Atlantic Ocean. The best surf spot in the area is located in the city of Torres at Praia de Molhes. This beach is sheltered from the wind but still fairly exposed to lots of swells directions. This surf spot is where a stop of the WQS was held for many years. The best waves break next to the jettie that is located near the river mouth of the Mampituba River. There is also a slab that creates a big and super heavy wave at Ilha dos Lobos. This spot is only surfed by big riders with the assistance of jet skies to tow in the surfers into the waves. As you can see Rio Grande do Sul has a bit of everything and is an important surf area in the country.

Check surf pictures of Rio Grande do Sul at #surfgaucho.