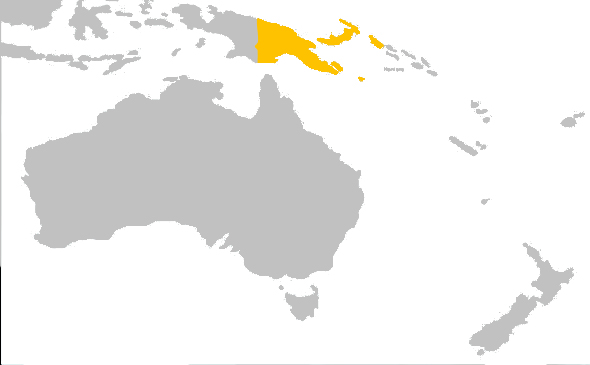 Papua New Guinea is an island country located in the southwestern Pacific comprising the eastern half of New Guinea and lots of offshore islands. The country is known for the beautiful tropical beaches, pristine coral reefs and for having an abundant biodiversity and cultural heterogeneity. The population of Papua New Guinea consists of 850 different tribes and more than 800 languages are spoken. The terrain of the country is diversified and has active volcanoes, green lush rainforest, mangroves and coastal plains. Papua New Guinea has a vast number of surf spots, some of them world class waves. The best breaks are usually found on the north coast of the islands that have a better exposure to swells coming from the North Pacific Ocean. This island country is quickly becoming known for the uncrowded waves that can suit any kind of surfer. Papua New Guinea is not only famous for its surf, but also for being a perfect location for kite surfing and scuba diving, offering a vast number of WWII wreck dives and all kinds of sea life. Give this incredible surf destination a try and we are sure you will have one of the best surf trips of your life.

The climate in Papua New Guinea is considered tropical with warm weather throughout the year. There are two main seasons in the country. The wet season is from November to April and the dry season is from May to October. Papua New Guinea has good waves all year round, but the best time to surf is during the wet season. The water temperature remains warm with average temperature around 26°C. From December to mid March the country can be hit by typhoons that can cause heavy damage, floods and erosion.

The best waves in Papua New Guinea are found on the northern coast of the islands that are more exposed to the swells of the North Pacific Ocean. The best surf spots are Pikinini, Nusa Left (Karanas), Nago Island, Ral Island, Rubio Right, Kanons, Bulu, The Slab (Karongai), Lido Point (Vanimo Right), Yako and Waromo.

Digicel PNG is a good choice. SIM cards can be purchased from shops, kiosks and official retailers.

Getting around Papua New Guinea is a challenge. Flying is the best method of transport.

Using the much cheaper option, Public Motor Vehicles (PMV), to get around is a great way to see the country via the roads. These are privately owned minivans, trucks or buses.

Driving yourself is not really a viable way of travelling because the country has only a few roads.

Taxis are interesting, Port Moresby and Alotau have plenty. But there are only two in Madang and another two in Vanimo.

Citizens from 71 countries, including all of the EU, US, and Australia, will receive a visa on arrival to Papua New Guinea. Which is valid for 60 days.

Tok Pisin, English and Hiri Motu are the official languages of PNG. Although you will not find many English speakers.