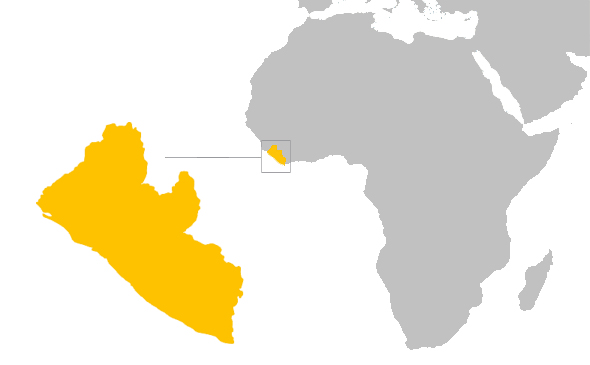 Liberia is a country located in West Africa and it’s known for being a nation formed by African American slaves that returned to Africa in the early 19h century. The country has a big concentration of high quality left hander point breaks, some of them still virgin. The reason why Liberia remained out of the radar for so long is due to a long and brutal civil war that ravaged the nation for 14 years until it ended in 2003. Nowadays, Liberia is in peace and since the scotish humanitarian, Scotsman Magnus Wolfe Murray, reached the legendary waves of Robertspot, the country's status among the international surf community changed from warzone to surfing paradise. Even though surfing in Liberia is not a secret, just a few boldy surfers venture themselves on the miles of unspoiled sandy beaches and crystal clear water that produces perfect barrels along the liberian coast. The civil war is over but the side effects still left a scar in the west african state. But with a vast number of surf spots, warm water and friendly locals is just a matter of time until Liberia becomes one of the top surf destinations in Africa.

The climate in Liberia is tropical with hot and humid weather throughout the year. The country has a rainy season from May to October due to the African monsoon, but still experiences constant rains in the other months, except in the dry season that goes from December to February. During this time of the year the weather is hot and the Harmattan wind, which blows in from the Sahara Desert can cause some sandstorms in the country. The best time to surf in Liberia is between May to October. The most consistent  months are from April to August. This is when perfect barreling left-handers receive long-range southern hemisphere south swells creating epic surf conditions.

There are a couple places where you can rent gear from. Boards start at $10 USD.

Lonestar is a good choice. SIM cards can be purchased from Lonestar stores and the airport.

Public transportation in Liberia is limited.

You can travel by private taxi in Monrovia for $5-7 USD.

Motorbike taxis known as pen-pens are all over the streets of Monrovia and other cities.

There is no train service in Liberia.

Inconsistent in the summer. Very wet during the surf season.

Citizens from very few countries are visa exempt. Most must obtain a visa in advance. Note: Yellow fever vaccination is required.

English is the official language.

Liberty dollar (L$), the US Dollar is also widely used/accepted.

The best time to surf in Liberia is between May to October.