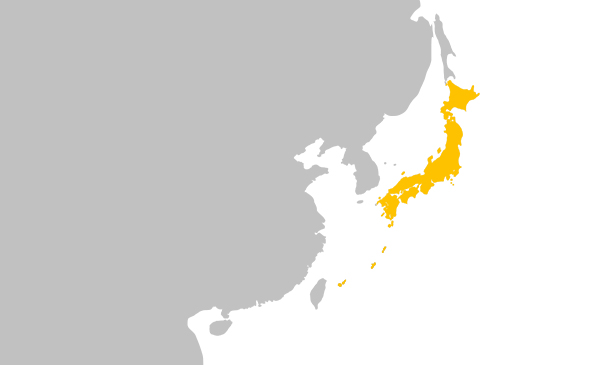 Japan is an island country in East Asia known for their advanced technology, delicious food and friendly people. Recently the japanese surfing scene has been thriving year after year. Japanese surfers are excited to have a good representative on the WSL, Kanoa Igarashi, and to host many important international competitions like a prestigious stop of the WQS and the debut of surfing in the 2020 Tokyo Olympic Games. Although the country is not famous for their waves there are still lots of surf spots and even world class waves to be enjoyed. There would be even more breaks if the coastal development didn’t destroy some of them. There country has 4 main islands and infinite smaller ones that totalize 29,750km of coastline that can produce a vast variety of surf breaks suiting any kind of surfer. Bathed by the Pacific Ocean to the East and by the Japan Sea to the west there are abundant wind and swell options. The main surfing areas in Japan are Chiba and Miyasaki. The best time to surf in the country is during the typhoon season from August to November. This is when Japan receives constant solid long period swells that can create waves from shoulder high to triple overhead. There are many reasons to visit Japan and now that you know the potential of surfing in the country you can book your next surf trip to the land of the rising sun. Arigato!

Although Japan is not a very large country there are 3 weather patterns in this island nation. In the north the climate is cold with lots of snow and ice during the winter. The central region is temperate and almost tropical in the small southern islands. Most of the territory has constant rains that are more abundant between summer and autumn when Japan is striked by torrential storms caused by typhoons. The country is heavily influenced by the monsoon circulation. The best and most consistent time to surf in the country is during the typhoon season that goes from September to November. During winter time (December to April) there are good waves but the water and the weather can be very cold. Spring is from May until June and is probably the worst time to surf. The water temperature changes throughout the year. From April to July and from October to November you will need a 3/2 full wetsuit. August to September is possible to surf in your boardshorts. From December to March it's the coldest time of the year and you will need a 4/3 wetsuit plus booties, gloves and a hoodie.

There are a few places where you can rent gear. Boards start at $23 USD for an hour and a wetsuit is $10 USD.

b-mobile is a good choice. SIM cards can be purchased from vending machines and staffed kiosks at the arrivals area at Tokyo Narita Terminal 1, but you’ll pay a premium and they can also be found at major electronics stores. One of the easiest ways to get a SIM card is to just include it with your pass purchase.

Note: law changes in 2006 made it difficult for non-residents to buy voice/text-capable SIMs. So you’ll be getting a data-only SIM.

Japan has a comprehensive system of trains to help get you around, for both short and long distances. There is also an extensive network of buses to transport you from A to B.

The Hyperdia Timetable, an online resource, will provide you with a whole range of travel options, including transfers by air, bus, train and ferry between almost any two points in Japan.

Citizens from 66 countries, including EU, US, and Australia, can enter Japan without a visa for up to 90 days.

The currency is the Yen (¥)

The best and most consistent time to surf in the country is during the typhoon season that goes from September to November.