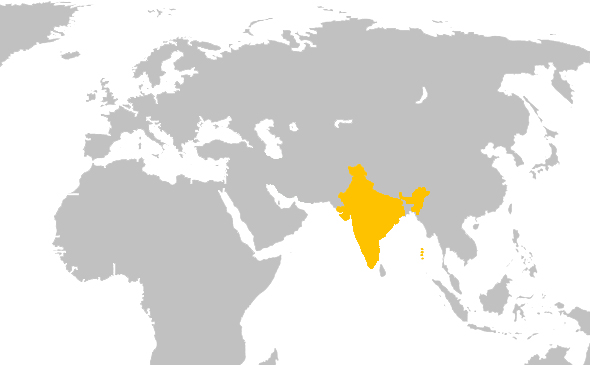 India has 7,000 km of coastline, most of that is unexplored, with lots of potential to discover new epic uncrowded waves. With nothing blocking the constant swells of the Indian Ocean the indian coastline is extremely exposed with waves all year round. The average wave size is around 3 to 5 ft but the big wave season is from May to September. This is the pre-monsoon and monsoon season. At this time the swells can reach up to 15ft but you should expect lots of rain and onshore winds. Despite that factor when the conditions align and the storms recede you can have super glassy conditions with offshore winds and rare beauty world class waves that you never seen before. India may be one of the last countries in the world to get into surfing but actually gave surfing its name. The term surf comes from the indian word “suffe” that means shore. This word was adopted by portuguese sailors around the 1600s and soon became this amazing word so meaningful to so many surfers around the world. India continues to hold a special allure for those who visit this unique country that blends surfing, culture, hospitality and spirituality.

Although most of India's climate is considered subtropical with very hot summers, humid rainy seasons and mild winters, the climate may vary according to the area of this huge country. The southern parts are hot throughout the year with two main seasons – wet and dry. The wet monsoon season is from May to October and it’s when most of the rainfall occurs. Onshore winds and huge swells are common during this time of the year on the west coast, but there is still the possibility of finding  good waves. The best time to visit is before and after the monsoon season. This is when the winds calm down and the rivers are drier after forming perfect sandbars. From September to November and from February to April there are consistent waves, pleasant weather and prevailing morning offshores.

India has a vast coastline with more than 7000 km providing many spots for surfing. The east coast has numerous point break setups surrounding Chennai. The most popular surf spots in the country are Mahabalipuram (Tamil Nadu), Kovalam (Kerala), Covelong (Tamil Nadu), Auroville (Tamil Nadu), Varkala (Kerala), and the Andaman and Lakshadweep islands.

There are a couple places where you can rent a board, but you should bring your own.

Airtel is a good choice. SIM cards can be purchased from shops, kiosks, official retailers, and the airport. But  be aware that you can’t buy a SIM card at the airport and expect it to work straight away.

There are so many options in India -trains, planes, cars, tuk-tuks, motorbikes, taxis, rickshaws, bicycles, bicycle taxis- it could feel a little overwhelming.

For long distances, trains are a classic and affordable choice. City buses can get unbelievably crowded.

It is pretty unusual for tourists to drive themselves around India and much more common to be driven. Car rental firms operate on the basis of supplying vehicles with drivers. A driver for the day will be around $27 USD.

No lifeguards. Rips and undertow

Citizens from 153 countries, including EU, US, and Australia, must apply for an e-Visa. The visa is valid for one year from the date that you enter India. However, each visit cannot exceed 90 or 180 days (depending on your citizenship) at a time.

Surf-worthy waves hit Indian shores all year round, averaging between 3 to 5 feet, but the season for bigger waves is from May to September.