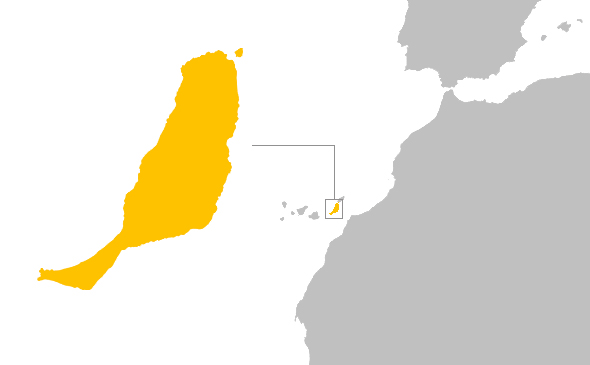 Fuerteventura is located in the Canary Island and is the second largest island of the north african archipelago. The island has an arid landscape and has a lot of beautiful sand beaches scattered along the coast. The island is known for having strong winds making it a very famous kite surfing spot. There are also lots of surf spots that work better during the less windy winter months. The north coast has many reef breaks dotting the coats and has a 180° swell window picking up anything from east to west. There are all kinds of setups and waves that can range from hollow barrels at Lobos to friendly beginners waves at Derecha de los Alemanes. On the west coast you'll find very exposed beachbreak that are often offshore with the NE winds. The south has a few good waves that are more dependent on the right conditions. The east coast is the best place to kite surf and also has mellow beginner waves nearby Corralejo that can be lots of fun. Although summer can be surprisingly consistent with big swells the best time to surf in Tenerife is still during the winter due to the lighter wind conditions as mentioned above.