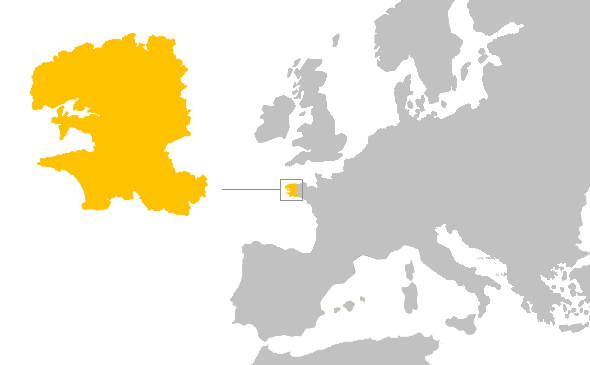 Finistére is located in the northwest of France and is the westernmost region of the country. This means that Finistére is extremely exposed to the swells of the North Atlantic Ocean and receives a fair bit of waves throughout the whole year. There is no lack of swell but the extreme tidal range can make it hard to find good waves in this area. This is why local knowledge is crucial in this part of France and finding a local to guide you around can mean being in the right place at the right time. The north part of Finistére’s coast has many high cliffs and river mouths while the south gives space to large bays and long beaches.