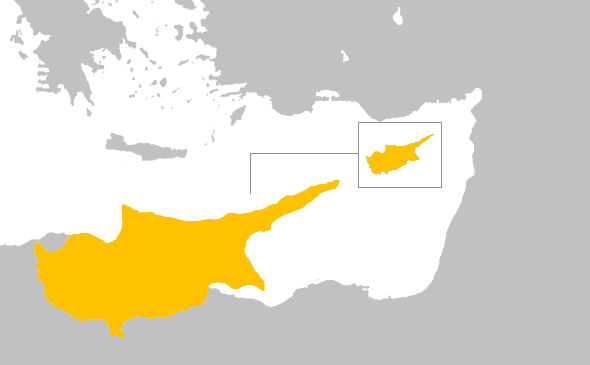 Cyprus is an island country in the Eastern side of the Mediterranean Sea. The country is known as the 'Jewel of the Mediterranean' and according to the greek mythology is the birthplace of Aphrodite, the ancient goddess of love and beauty. The island has warm weather, crystal clear waters, stunning views, exquisite cuisine and friendly people living up to the standards of its divine patroness. Cyprus has good exposure to all kinds of mediterranean wind swells and thanks to the Sirocco and mistral winds the island enjoys good surf consistency throughout the whole year . No matter what your surf level is there are waves for everyone in Cyprus. The best time to surf on the island is from March to November because this is when the west and north coast light up and register the bigger waves of the year. Kitesurfing and windsurfing are also quite popular thanks to the strong southwest wind that prevails during most parts of the year. Cyprus may not be one of the best surf destinations in the world but does have a lot of charm. The island offers good entertainment for everyone and a good dose of adrenaline for the surfing enthusiasts.

The climate in Cyprus is mediterranean with mild and rainy winters and hot and sunny summers. The best time to surf on the island is during spring and fall, basically from March to October. This is when the west and north coast light up and register the bigger waves of the year. The water is fairly warm throughout the year. The average temperature in February is 17 °C (63 °F) and in August is 28 °C (82 °F).

There are a couple surf schools where you should be able to rent gear. Might be best to bring your own.

O2 is a good choice. SIM cards can be purchased from shops, kiosks and retailers.

Most visitors to Cyprus rely on tour-company coaches to get around. Independent travellers have a choice of renting vehicles, catching buses, or taking taxis.

The transport system in the north is not as well-developed as the south. Your best bet if your in the North is to rent a car.

In the south taxis are numerous in larger towns and cities.  All urban taxis should have meters. In rural areas taxis do not have meters, so agree on a fare before.

Citizens from 62 countries, including the US, and Australia, can enter Bulgaria without a visa for up to 90 days.

The official languages are Turkish and Greek. English is also widely spoken.

The currency is the Euro.