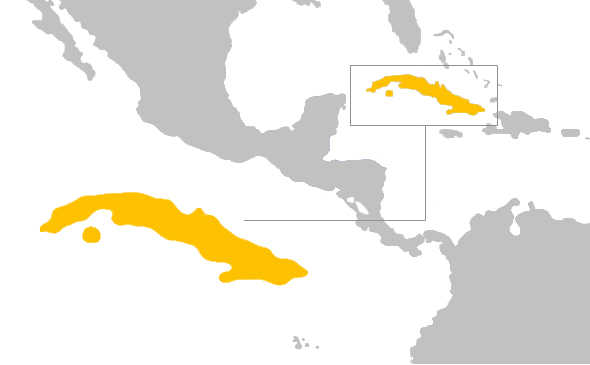 Cuba is not the most popular surf destination in the Caribbean, but the island has a very interesting history and still has lots of places with great waves. The best surf spots in Cuba are located on the east side of the island in the province of Guantánamo. There you will find great surf conditions with consistent waves from the end of September up to December. This is also the time when tropical storms of the Caribbean sea provide solid swells that hit the cuban coastline. Cuba doesn’t have a lot of tradition among the surf community but the surfing scene is finally starting to catch on. Believe it or not back in the days the police would arrest Cuban surfers because they were sure that they were trying to escape from the island. Nowadays kitesurfing is still more popular than surfing but there is a growing surf culture among the young cuban population. If you are coming to Cuba you should definitely pack your board and search for some epic surf spots. Besides surfing Cuba is known for the exciting music scene, their famous cigars, for the stunning beaches, exotic fruits and warm and friendly people that will fascinate anyone that visits this amazing Caribbean island.

The climate in Cuba is tropical with prevailing NE trade winds and a pleasant average temperature of 21ºC (69.8°F). The wettest months are in  between May and October and the driest are from November to April. The best time to surf in Cuba is in winter – from November to April – when the Atlantic has plenty of activity with groundswell coming from the NE creating some decent barrels. Cuba is exposed to the hurricane corridor in the Gulf of Mexico, so the island can be hit by solid tropical storms. The hurricane season goes from June to November. September and October usually register the highest chance of strong storms. It’s important to be aware of all warnings and look constantly at the weather forecast. If a storm builds in the Gulf of Mexico could mean great waves, but it's highly recommended to stay away from the coast if the hurricane is heading towards the island.

With over 3,500 miles of coastline bordered by the Atlantic on the north and the Caribbean on the south, Cuba has some great surf spots to be explored. Yumuri is a river mouth surf bay that has lots of nice breaks both for the right and left. It is located 30km east of Baracoa and is known as one of the best surfing spots in the country. La Setenta is a reef break close to Havana old center that can handle some size and can have waves up to 8 ft during strong northeast swells. Playas del Este is a popular spot for kitesurfing. Calle 70 is the most famous surf spot in Havana. Be careful since the waves crash over a razor-sharp reef dotted with sea urchins and stone fish. Baconao is a good surf spot located on the south coast of the national park. Sun Beach has a decent beach break with mellow waves good for beginners. Cabo de San Antonio is known for having good conditions during tropical storms in the Gulf of Mexico.

You need to bring your own gear

Getting a Cuban Tourist SIM card: Cubacel Tur is recommended. You should order it online via Suena Cuba. in advance so you do not have to wait 3+ days for activation. Once you arrive in Cuba you can collect your Cubacel Tur SIM card at the Cubacel Tur counter at Jose Matri International airport in Havana or any Etecsa office.

Viazul is the main bus company tourists use to get around Cuba for longer distances.

Taxis are a reliable and easy way to get around. They are metered and fairly inexpensive. Drivers will often offer you a flat rate instead and drivers are generally honest. Flat rates tend to be close to metered rates, sometimes less and it means all the money goes straight to the driver, whereas metered fares are divided up by the government.

Collectivos are group taxis that are cheaper than standard taxis and are a great way to get around Cuba. They have fixed routes and you can get in or out anywhere along the route.

Cuba still hasn’t fully caught on to surfing culture yet, so you may find that etiquette on the waves hasn’t quite evolved. Be on the defensive side and be vocal.

There are no lifeguards on many of the beaches, so try to be extra careful and be aware of sharp corals and jagged rocks.

Most tourists visiting Cuba will need to apply for a tourist card in advance of their travel, including citizens from the EU, US and Australia. A tourist card is good for 30 days.

Spanish is the official language. You’ll find very little English speakers, it would be wise to learn common phrases in Spanish before you arrive.

Cuba uses two official currencies: The CUP (Cuban Peso) and the CUC (Cuban Convertible Peso). The CUC is most frequently used by tourists.

End of September up to December.