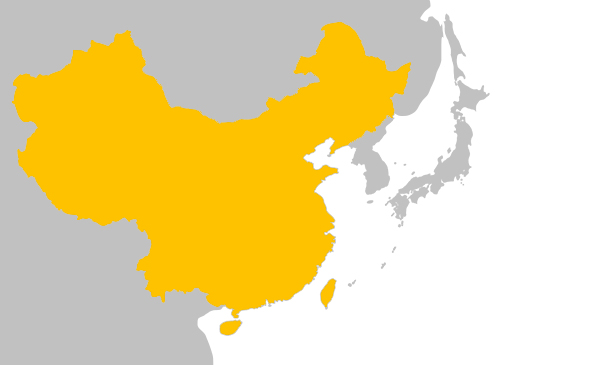 China is still not one of the top surf destinations in the world and most surfers and travelers never thought that China even has waves. The country doesn't have the traditional surf and beach culture but certainly has some good waves. Hainan is a tropical island and it's the main surfing area in the country. There you can find all kinds of waves ranging from long point breaks to fun powerful beach breaks. The island hosted major QS and ISA contests in the past putting China in the radar of the international surf community. Besides Hainan, China has a vast coastline with 14,500km of unexplored shore where many surf spots are waiting to be found. They are also developing a wave pool in order to help their athletes to train for the Olympic Games which is proof that surfing is starting to increase popularity. The activity is getting more visibility supported by a more open minded young generation that promotes the surf culture as something healthy and exciting. With so much potential China can easily be the next ultimate surf destination so you better get yourself there before it gets too popular and crowded.

The Chinese climate varies since the country is huge. In the northeast, where Beijing is located, the summers are hot and dry and the winters are freezing cold. The north and central regions have frequent rainfall coupled with hot summers and cold winters. In the southeast there is plenty of rainfall, semi-tropical summers and cool winters. The weather in China is best in spring, from March to April or autumn, from September to October. There are two main surfing seasons in China. The typhoon season goes from August to October and the NE monsoon happens from November to March. November has good N swells and possibility of late season typhoons. Mid to late season monsoon creates the most consistent waves in January and February.

There are a few places where you can find rental gear. Boards start at $14 USD.

China Mobile is a good choice. SIM cards can be purchased from official stores only or the airport, but keep in mind prepaid plans/cards will be more expensive at the airport. .

China’s public transport is comprehensive and good value. The rail network extends to every region is vast, efficient and reliable.

Taxis are always available in larger towns and cities

Bicycles can be rented for $3 USD.

Flooding can occur in the central, southern and western regions and the country in general can experience earthquakes.

Most visitors to mainland visa will need a visa, unless you are from one of the 18 countries that are exempt.

Mandarin is the official language in China. You might find some English spoken, but it’s not common.

August to October and November to March.