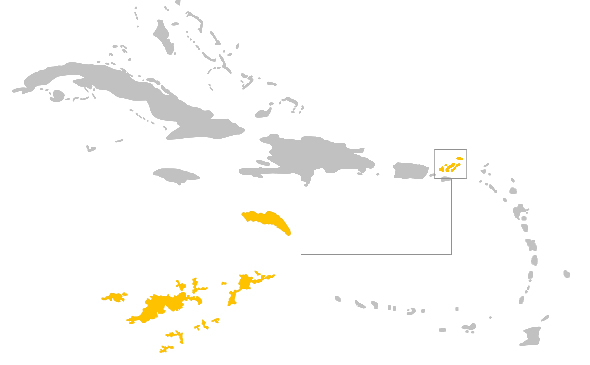 The British Virgin Islands are located in the Caribbean Sea and are part of the Lesser Antilles. The main islands are Tortola, Anegada and Virgin Gorda. The archipelago is known for having exotic and pristine beaches due to the strict development and environmental policies adopted by the local government. Surfers first arrived in the BVI in sailing boats looking for empty surf spots around the 60s. What they found was palm-fringed, white sandy beaches with beautiful turquoise water and abundant marine life that still remains pretty much the same until nowadays. The best time to surf in the islands is during the winter time when north swells are more often. It’s important to time wisely your trip as the swells can be inconsistent at some periods of the year. The BVI is the perfect destination for eager surfers who will be thrilled by the amazing surf conditions of what can be considered a paradise on Earth.

The climate of the British Virgin Islands is considered tropical with hot temperatures throughout the year. As most tropical islands the weather is also influenced by the trade winds that prevail during the more dry and pleasant season that goes from December to March. During this period the average air temperature is around 25 °C (77 °F). From May to October the climate is hotter and the weather is more rainy with average temperature around 28 °C (82 °F). The best and most consistent time to surf in the BVI is in between November and March, when north winter swell comes from the North Atlantic ocean sending 2-15ft waves.

The water is warm throughout the whole year averaging around 26°C.

There is one place where you can rent gear. Surfboards start at $40 USD for the day.

Digicel is a good choice. SIM cards can be purchased from official stores and approved resellers.

Ferries are frequent between the islands. Getting around on your own by chartering a boat is also possible.

Driving is probably the most convenient way to get around, as there is no public transport system and taxi fares add up in a hurry.

All the islands have taxis that are easily accessible in the main tourist areas. Most vehicles are vans that carry up to 12 passengers; sometimes they’re open-air pickup trucks with bench seats and awnings. Rates are set. They are usually charged on a per-person basis, and the prices go down a bit if more than one person takes the taxi.

Citizens from many countries, including the UK, EU, Australia and US can enter the British Virgin Islands visa free and stay for 30 days.

English is the official language.

The currency is US dollar (US$)

Between November and March.

Checkl surf pictures of the British Virgin Islands at #surfbvi.