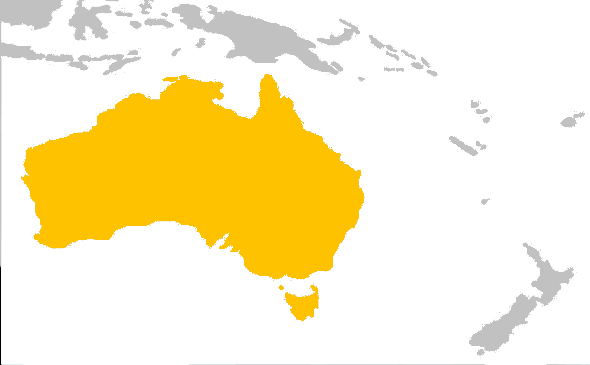 Australia is one of the most iconic surf destinations in the world. The country has a huge coastline that offers all kinds of waves for all levels of surfers. The most famous surf breaks are located on the East Coast but there are quality waves scattered all over the coast except the northern parts of the country where the coral reefs block most of the swells before they reach the shore. The country is situated in between the Indian and the Pacific Ocean receiving all kinds of swell from different directions all year round. Australia is also famous for having a huge surf community and a big beach and surf culture. Surfing also has a big impact on the country's economy and the most famous surf brands in the world like Quiksilver, Billabong and Rip Curl are australian. Oz, as is usually called, is home to some of the greatest surfers that ever lived and surfing is considered more than a sport but a healthy and cool lifestyle. With perfect waves throughout the whole year, beautiful beaches and a warm and friendly population, Australia should be on every surfers bucket list.

Australia is a large country and has many different climate zones. The northern part of Australia has a tropical climate with hot and humid summer and warm and dry winter and the southern parts have a mild summer and cool rainy winters. Summer is from December to February and although it's not a very consistent time there are some cyclones that deliver epic conditions that can last for a week or more. Autumn is from March to May and it’s a good time to surf. There is plenty of activity on both coasts, the water is warmer and offshore winds are very common.  Winter is from June to August and although the water can be cold there are plenty of waves all over the country. Spring is from October to November and it’s probably the least consistent time of the year to surf in Australia. The water temperature can vary accordingly with the area. On the south and west coast the water can get very cold and a 3/2 wetsuit is necessary during summer and a 4/3 in winter. On the east coast the water is warmer and is possible to surf with boardshorts during the summer but a 3/2 wetsuit is required for surfing during the winter, especially on windy days and early mornings.

Australia has lots of world-class surf spots like Superbank, Byron Bay, Sydney’s Northern Beaches, and Torquay. The country can be divided into 3 main surfing areas: east, south and west. The north coast is blocked by the coral reef barrier and doesn’t have any surf spots worth checking. The east coast is the most popular surfing area in Australia. Queensland and New South Wales have an infinite number of surf spots scattered all over the coast. This part of the country receives lots of swell and has waves for all levels, from reefs and points to mellow beach breaks. These are the best surf spots in the East Coast: Noosa Heads, Burleigh Heads, Snapper Rocks, Kirra, Duranbah or D-Bah, Lennox Head, Coffs Harbor, Bondi Beach, Maroubra, Manly and many others. On the south coast the best surf spots are located around Bells, Cactus, Adelaide and Yorke Peninsula. West Australia best surf spots are Margaret Rivers, The Bluff, Yallingup, Blow Holes and the list goes on.

There are plenty of places where you can rent gear in Australia. Boards start at around $13 USD for 2 hours.

Optus or Amaysim are a good choice. SIM cards can be purchased from post offices, supermarket chains, gas stations, and electronics stores.

All of Australia’s cities have reliable, affordable public bus systems. In the bigger cities such as Sydney, Melbourne, Brisbane, Adelaide, and Perth, you’ll find subways and tram systems.

Taxis operate in all of the major cities, but can be pricey. Uber is available.

For long distances there is an extensive bus network.

A rental car starts at around $37 USD a day.

There are lifeguards and flag systems in place.

Citizens from the EU and UK need to apply online for an eVisitor visa. Which is issued free of charge and allows the holder to visit Australia for unlimited times, up to 3 months per visit, in a 12-month period for tourism or business purposes.

Citizens from the US and Canada must apply online for an Electronic Travel Authority (ETA). An ETA allows the holder to visit Australia for unlimited times, up to 3 months per visit, in a 12-month period for tourism or business purposes. There is no visa application charge but a service charge of AU$20 applies for online applications.

Australia has no official language, English is regarded as the de facto national language.

The currency is the Australian dollar ($)

Autumn, from March to May.