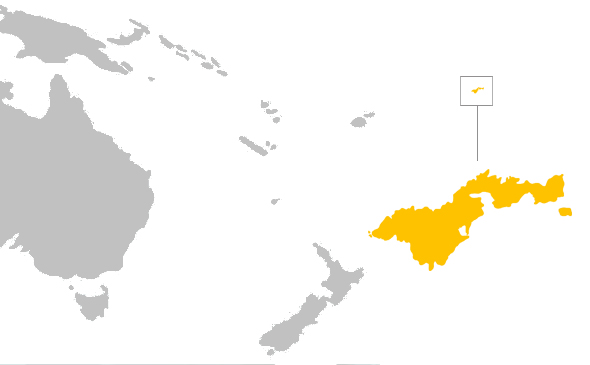 American Samoa is the only U.S. territory below the Equator line and comprises 7 stunning volcanic South Pacific islands and atolls. Tutuila is the largest island and is home to the National Park of American Samoa that highlights the territory's tropical scenery with green lush rainforests, tropical beaches, pristine coral reefs formations and uncorrupted waves. The island of Savaií and Upolu are more famous surf destinations and have many registered surf spots, while Tutuila has flown under the radar for many years despite the large community of expats surfers living in the main island of the archipelago. In general the surf spots in American Samoa consist of powerful reef breaks and many of them are world class waves. The most famous one is Samoa’s Boulders, a reef break that breaks on shallow water and is not recommended for faint hearted surfers. There are all kinds of waves in the archipelago for all levels of surfers and beginners will have plenty of chances to surf somewhere else. American Samoa doesn’t have a continental shelf and receives swell from almost 360° making the surf condition possibilities consistent and endless. Dry season is from April to October and it’s the optimal time to surf. This is when consistent south swells reach the coast of the islands but also bring strong southeast trade winds. American Samoa is still an underrated and uncrowded surf destination that should definitely be on every surfers bucket list.

The climate in American Samoa is considered tropical, with a hot and humid rainy season from December to March and a cooler dry season from April to October. The cool season is relatively dry but the trade winds can still cause showers and thunderstorms. American Samoa has waves all year round but the best time to surf is during the dry season when consistent south swell reaches the island but also brings with it the south-east trade winds. The wet season is known for having glassy conditions and smaller swells. During this time of the year big swells can propagate down from the North Pacific and create epic glassy conditions.

Most breaks of American Samoa are located on the south coasts of the islands that have a relatively flat volcanic platform with trimmed reefs and underwater coral banks that produce many surfable breaks. Be aware that these spots are very exposed to the SE trade winds and mornings are usually more glassy. The best surf spots is American Samoa are

Bluesky is a good choice. SIM cards can be purchased from the main shop in Apia.

Tutuila has a great bus system. Don’t expect it to run on Sundays.

Taxis are available in Tutuila, but they can be pretty pricey. So probably only convenient for short trips.

On Manu'a Islands (Ta'u, Ofu, and Olosega) rental cars, taxis, and buses are not available. You can rent a bike however.

American citizens do not require a visa to enter and may stay an unlimited amount of days. Citizens from 44 countries, including Australia and the UK, may enter American Samoa on a visa waiver for up to 30 days.

Samoan and English are the official languages.

The currency is the United States Dollar ($).

There are waves all year round but the best time to surf is during the dry season.