TENERIFE Surfcamp & surf school Overall rating: 5 out of 5 based on 5 reviews.

If you’re thinking of having a good time and enjoying an atmosphere 100% surfer, Tenerife Surfcamp is the place for you.
It is the ideal place to relax, disconnect and learn to surf.

Thanks to its amazing location in the south of Tenerife, you can enjoy an endless summer all year long.

The Surf House is situated in the perfect place to rest and relax after a day of surfing.
Its equipped with all commodities and is the perfect place to hang out with friends, enjoy being at the beach and learning to surf, snorkeling and exploring the coastline on a stand up paddle board.

We guarantee sun and fun all year long. 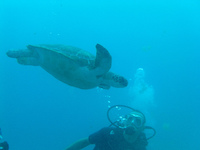 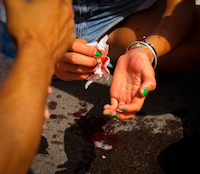 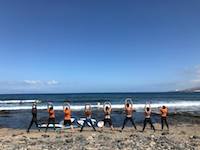 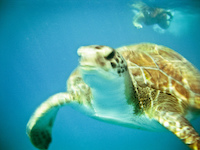 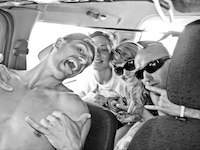 Our Surf camp South Tenerife is located near to the coast of Callao Salvaje and is made up of 3 exclusive houses, each with their own chill out terrace and garden with amazing views of the beach. As well as the newly constructed houses there is also: 2 swimming pools, BBQ’S, Ping Pong, Volleyball, Indo board, tv, dvd, surf videos, WI FI, skate ramp and more.

We can offer you the following: 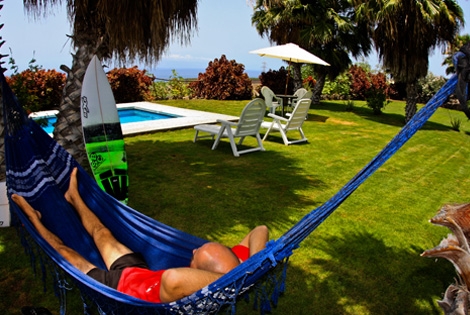 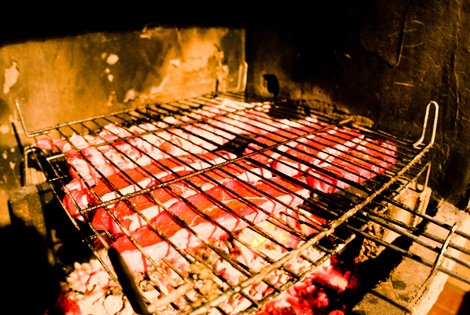 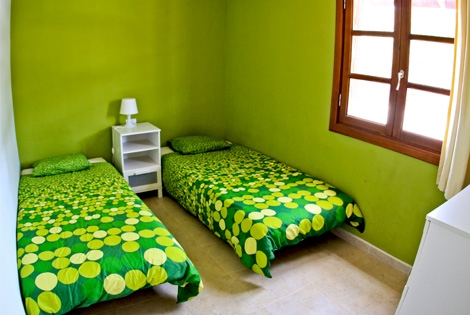 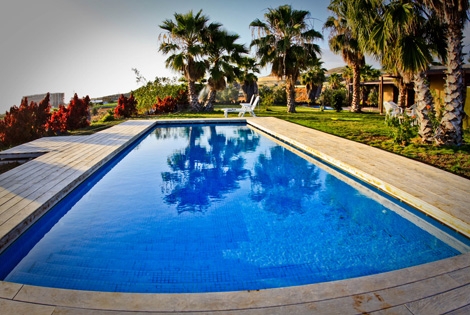 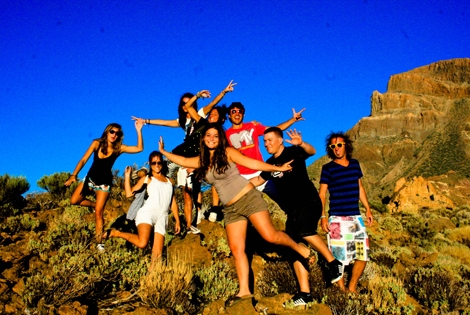 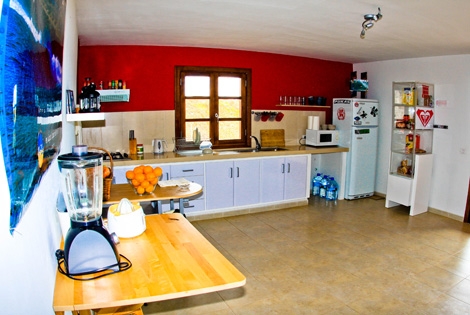 The surf on the island ranges from perfect waves for beginners to world class waves where WQS events take place.

The Surf Camp South tenerife is situated 10 minutes from Playa de Las Americas where you’ll find fun waves to take your first steps in learning how to surf as well as challenging, world renowned reef breaking waves for the more experienced surfers. We will give you all our knowledge and experience into teaching great surf lessons and helping those who haven’t yet discovered the world of surfing take their first steps with us.
We aim to give you the best experience throughout your stay at the camp.

It is also the perfect place to start off learning how to paddle board in breath taking environments.

Tenerife is a small paradise where anyone and everyone can come and enjoy surfing year round.

The classes are taken in groups and last for 2 hours and also include theory and video correction in goals to help you improve your surf level. The school has the best equipment at its disposal to make the process of learning to surf safer and more enjoyable. The surf lessons take place daily in Las Americas, where its reputation for high quality surfing is know worldwide. The afternoon session is a “free surf” where you can put into practice all of the skills learnt throughout the day. Throughout the entire stay at Tenrife surf camp, all the materials needed and an accident insurance are provided. The surf instructors are professionals who hold the international ISA surf qualification and have gained years of experience in teaching surfing and speak various languages which include English, Spanish, French, Italian.

The temperature of the water throughout the year generally keeps between 18-25 C which means you can never miss out on the Endless Summer here in Tenerife!.

The Tenerife Surf camp offer also some more activities to make your holiday even more enjoyable : 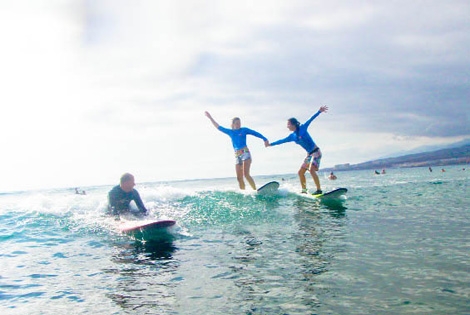 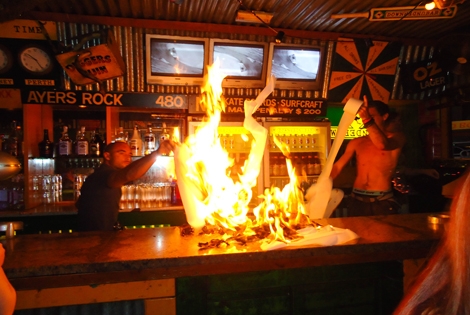 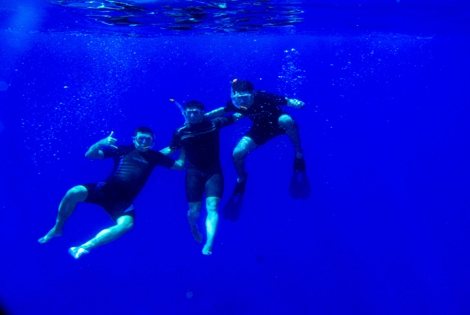 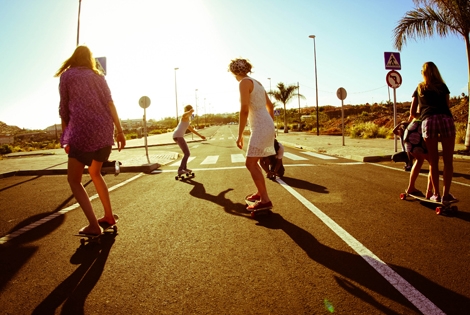 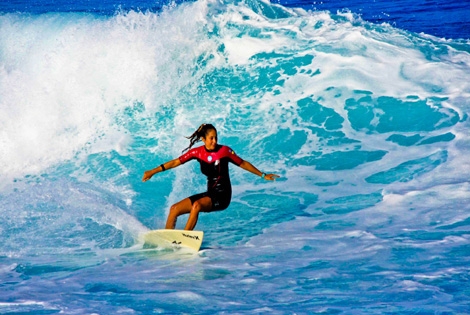 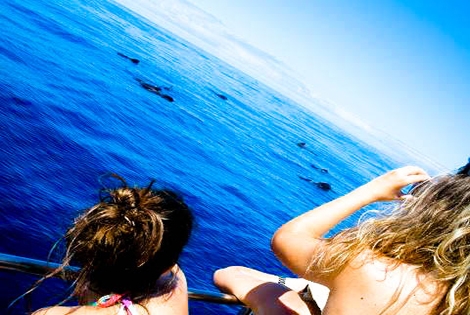 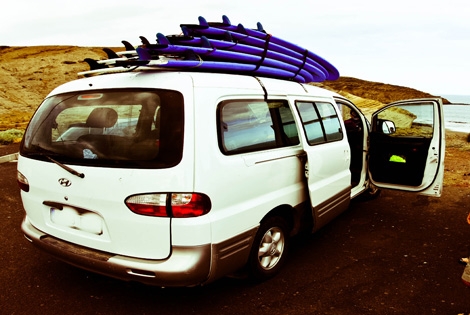 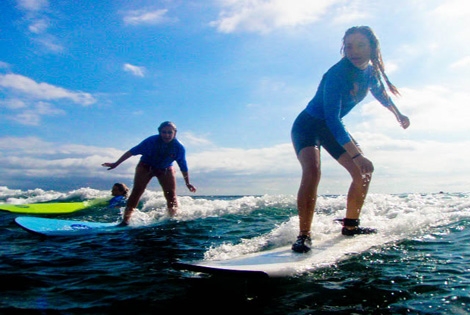 The Surf Camp is located in the south of Tenerife, one of the seven Canary islands. The Canaries are known for its year round warm temperatures and guaranteed sun. With warm waters and beautiful, diverse landscapes, its the perfect place to learn how to surf……without sharks!

Its location, between banana plantations and with amazing views of the seas and the island of la Gomera, means that its one of the best places to view sunsets in the south of Tenerife.

The camp is 25 minutes from the airport and only 10 minutes from Playa de Las Americas, where the majority of tourism and nightlife is concentrated in the island.

The best option is to arrive at South Airport Tenerife

From the North Tenerife Airport via Santa Cruz de Tenerife by bus: Take bus number 102 (linea 102) to Santa Cruz bus station then change buses and take either the number 110 (direct) or 111 (non-direct) to the bus station in Las Americas where we will pick you up.

To come to the camp by car you must drive by the highway on way to Los Cristianos-Las Americas-Adeje. In ADEJE GET OUT FROM THE HIGWAYto to take the coast road tf-47 on way to Los Gigantes – Playa San Juan….

Surf Camp Pack ( half board)