Adaaran Selec Hudhuran Fushi Resort Maldives Overall rating: 5 out of 5 based on 6 reviews.

Spend your holiday in a paradise, surrounded by untouched vegetation & turquoise waters, the Island of White Gold finds itself in peaceful seclusion in the North Male Atoll. Set in 83 acres of lush tropical beach property near Kani Beach on Lhohifushi Island the resort’s design enables it to blend into its surroundings being one of the best resort in the Maldives.

In our Resort you can choose from a wide variety of luxury air conditioned rooms, most of them have an amazing Ocean views. All of our rooms are equipped with the latest facilities and stylish furnishing and design. This enchanting Maldives beach resort promises guests the holiday of a lifetime irrespective of their age or interests.

Lohi’s perfect left breaks right on the resort. Only guest allowed to surf! You can also go on a boat trip and to surf, e.g. Cokes, Chickens, Sultans etc. The resort is perfect for surfing couples, honeymooners, families or groups of friends. It is only 30 minutes boat ride from Male airport.

Our resort is particularly noted for its opportunities in the field of water sports, with a multitude of exciting options available for outdoor enthusiasts. The turquoise waters of the lagoon make an ideal place for catamarans, water skiing, windsurfing, canoeing and banana boat riding among many others. 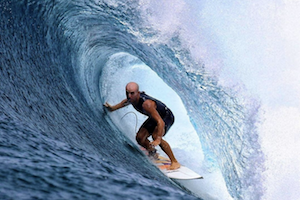 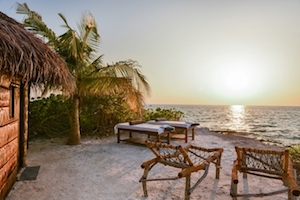 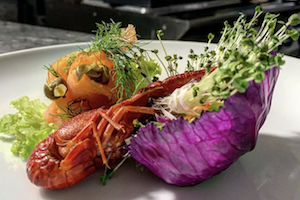 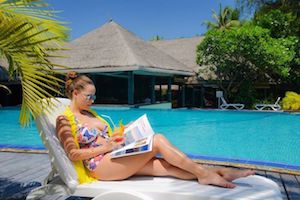 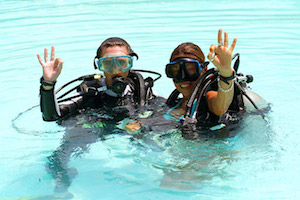 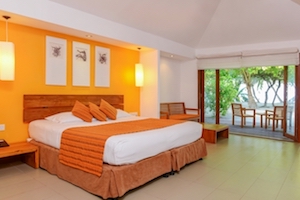 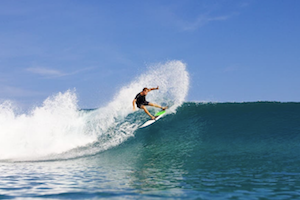 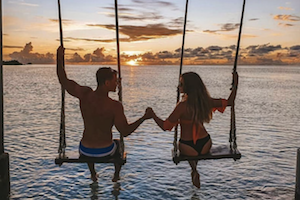 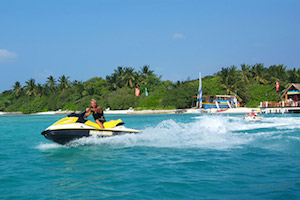 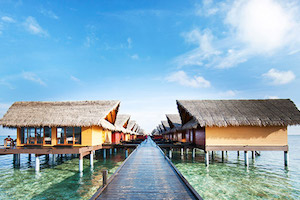 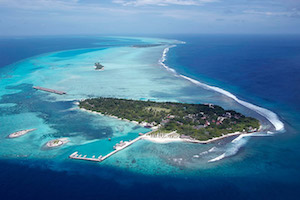 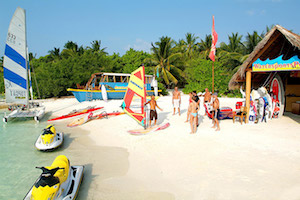 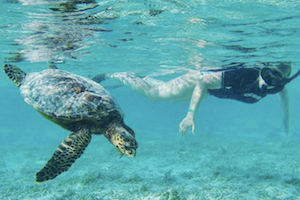 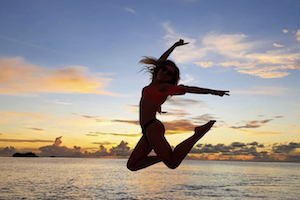 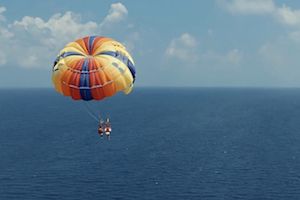 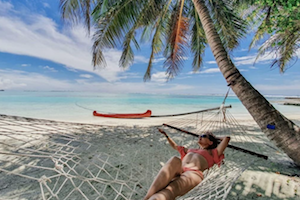 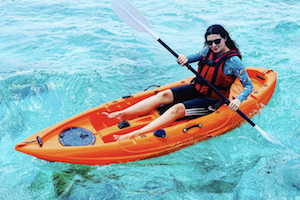 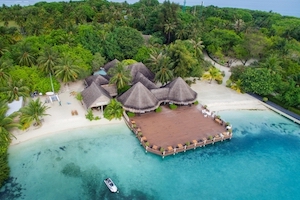 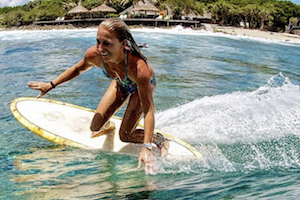 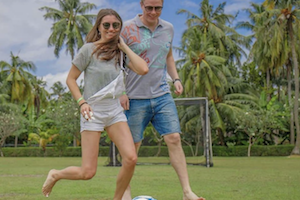 With tropical sanctuaries that include everything from beachside hideaways to ocean villas above turquoise waters, each of our unique living spaces let you experience the luxurious bliss of island getaways. 197 villas including 61 Beach Villas, 38 Garden Villas, 50 Deluxe Beach Villas, 8 Family Beach Villas, 20 Sunrise Ocean Villas and 20 Sunset Ocean Villas.

A multi-faceted dining experience with spectacular views accompanying almost every meal. For breakfast we offer an amazing breakfast buffet including ethnic dishes, international cuisine or light snacks in a variety of restaurants and cafes. We offer a choice of fresh seafood and create a meal to your liking while you enjoy the ever-changing views of the Indian Ocean.

The Surf season runs from March 1st to November 31st,

Our Resort has implemented a Sustainable Surf Management Plan – In order to enhance the surfing experience and improve service levels to the surfers as well as keep the waves uncrowded, the resort restricts the maximum surfers on the island per day to 45.  On a typical day we have about 20 guests out on our three boats surfing the other breaks nearby, and the remaining 20 or so enjoying the Lohis.

A Surf guide is available on duty from 6AM until 7PM every day. The guests then have a big decision to make – should they surf Lohis or do they want to go on one of our three surf boats to the other waves nearby! Our surf boats are large, safe and shaded and are fun for the non-surfers too. Trips are guided and departures are guaranteed.

March and April generally has small to mid sized waves with beautiful weather and light winds. The surf is rarely bigger than head high but it is consistently 3-4ft and perfect. By April you can expect good waves most days and exceptional condition.

May and June are known for slightly bigger waves, with surf in the 3-5ft range most days. This is when the surf season starts.

July and August is the time of the biggest and best swells of the year. We will have waves in the 2-5ft range everyday, with the good possibility of swells up to 8ft a couple times a month.

September The biggest swells are gone but there are still waves every day.

October and November  have great waves with very few surfers in the water. A great time to visit if you don’t want big waves, but you do want good waves and no crowd!

Lohis is a long left breaking over a flat reef in front of the Lohi’s bar and Restaurant. The water is so clear it is like surfing in an aquarium with Dolphins, Turtles and mantas regularly encountered in the waves! Lohis is surf-able with almost any combination of swell/wind and tide but it is best with a good S/SE swell and light W/NW winds at mid tide. Typically Lohis picks up any swell in the area, so it is a great place to be based if you want the best chance to surf every day. There are two or three different sections to surf so the guests can spread out and really enjoy the luxury of surfing an un-crowded perfect wave.

Hudhuranfushi is perfectly positioned between the waves of Chickens and Cokes to the North and Sultans, Honkies and Jails to the South. We also have Ninjas just across the channel. We have three boats (local style Maldivian Dhonis) available with regular departures to the wave of your choice.

Ninjas: 5 mins just across the channel from Lohis is a playful right-hander. A great fun option for a relaxing session. Possibly the easiest wave in the region. Best on a 2-4ft S/SE swell with W wind.

Sultans: Just 20 mins South from Hudhuranfushi. A fun, playful, right-hander that has many different sections. Sultans is one of the most consistent waves in the area with a ride-able wave virtually everyday of the Maldivian Surf Season (Mid March – late Oct). At 2-5ft it is very “user friendly” and a great introduction to surfing over reef, with long walls and the occasional easy barrel section. As it gets bigger the inside section really turns on and the wave is transformed into a truly world class barrel, though the outside take off remains easy.

Honkys: One of the best lefts in the Maldives breaks off the same island as Sultans, however it’s very fickle needing light winds and no current to produce a long wrapping left that actually increases in size as you go down the line. A “must surf” wave if we see it breaking! The outside section is an easy take-off onto a long wall that speeds up towards the end section.

Jails: 30 mins South from Hudhuranfushi. Tropical J-Bay is how Jails is sometimes described! When it’s on it’s a long, perfect, multiple section right, that has to be surfed to be believed! Even when it’s not lining up perfectly it’s still a really good wave with good barrel sections and carve-able walls over a flat reef. Many guests return to the Maldives year after year after falling in love with this perfect wave!

Cokes: 25mins to the North from Hudhuranfushi.In a good solid S/SE-S/SW groundswell Cokes can have some of the biggest barrels in the Maldives. A powerful right, that gets progressively shallower on the inside. Needs a light W/NW wind to really open up. Experienced surfers only.

Chickens: A long perfect left! From 2ft -5ft multiple section racetrack that seems to go on and on. When it’s 6ft+ the inside section is a heavy barrel that is make or break! Best in a S/SE swell with moderate tides and light winds. The longest wave in the regionwith multiple take-off zones.

In between surf sessions, you can choose to stay cool in the pool or get active

The spa features four double room with outdoor shower and bath, 3 outdoor Bale, Manicure and Pedicure and retail boutique offering our guests a range of retail products and spa gifts.

Hudhuran Fushi is particularly renowned as a superb destination for surfing, the lovely delightful tropical island with palm trees, spotless powder-soft white beaches and turquoise waters under the clearest of blue skies. Hudhuran Fushi is conveniently situated in North Male Atoll, only 19 kms from the International Male Airport which is a mere 30 minutes trip by boat.

The resort is accessible only through a speedboat transfer which will be arranged by us.

The Male International Airport, located only 19 km northwest to the capital is a well-equipped facility which regularly handles rights from many major airlines to and from regional countries and distant cities around the world.

√ Surf pass (Optional) 45 surfers or less at all times. All surfers visiting Hudhuranfushi must have surfer package. Surf transfers twice daily to explore other waves in the local area as well as unlimited surfing at Lohi’s break. Expert and friendly assistance from the dedicated surf-guides, Richard & Amy Kotch who live at the resort from March till October and 2 local Maldivian surf guides. The Resort will allow 01 days (either Arrival or Departure) without any charge, however, to Surf on both Arrival and Departure day resort will charges an additional fee for Surfing – USD$70.00 per adult.

√ Non-Surfers in the Room: Non-Adult Surfer/s in the room will get a USD$50 per adult daily credit and this will be deducted from the final bill during check out. This credit can be used against the F&B, Spa, Water Sports, Diving. They will not refund any non utilised credit