La Rochelle Kids Surf camp Overall rating: 5 out of 5 based on 1 reviews.

La Rochelle Surf Camp is in the French region of Vendée on the western coast of the France. The stunning Atlantic Ocean coastline stretches out from Bouin in the north to La Tranche-sur-Mer in the south, and there are some stunning, sandy beaches as well as spectacular surf.

The surf camp is registered with France’s Ministry of Youth and Sports, and also with the French Federation of Surfing (FFS). There is 24 hours supervision, whether you are at the camp or out on the water.

The surf camp is small, accommodating a maximum of 10 people at any one time, but by this summer it will have expanded to have a capacity of 20. Even so, it’ll still be small enough to keep the family-feel and you will get to know everyone well.

Most of the guests here are teenagers learning to bodyboard and surf, getting the most out of their lessons but also having a lot of fun. When they finish surfing for the day, they can relax on the outside terrace, play ping pong, or skating with our staff. There’s also an opportunity to try out new sports such as stand up paddle and horseback riding. 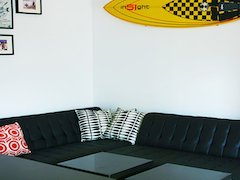 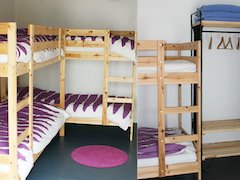 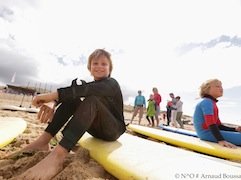 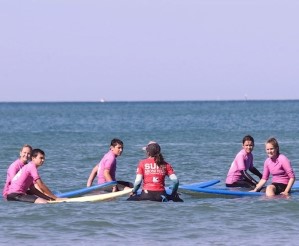 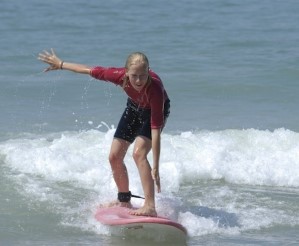 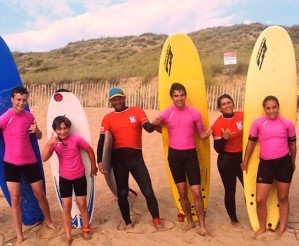 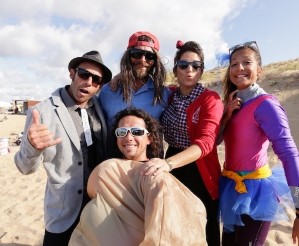 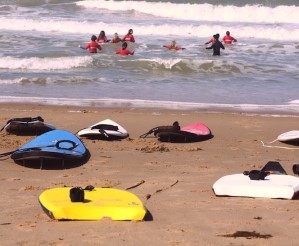 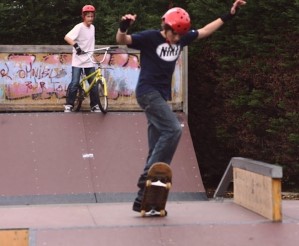 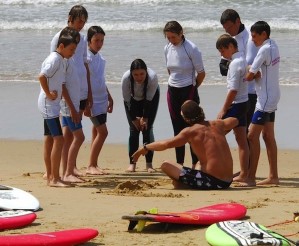 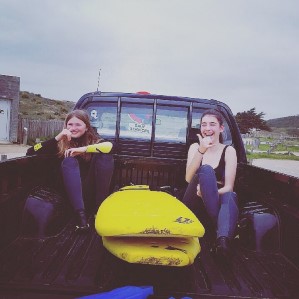 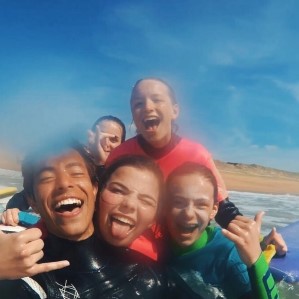 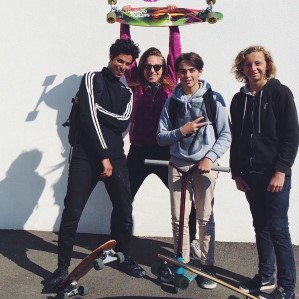 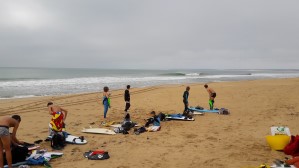 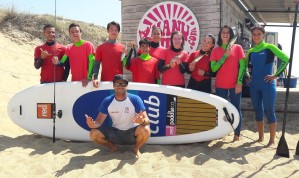 The fully renovated surf house of the surf camp is a charming French family house with room for up to 10 guests. It’s in a small town 5 km back from the coast.

There are two guest rooms, one with two double beds and the other with three sets ofbunk beds, and guests have use of two bathrooms (one of which has disabled access) and a living room.

There is an outdoor terrace in a pleasant garden, and it’s just the right place to chill after a long day in the sea. A second property, also housing 10 guests, will open nearby for this summer.

When you’re relaxing in the evenings, you can make use of the TV, DVD player and Hi-Fi, as well as the collection of magazines and books. There’s an open fireplace (which is great in the winter months) and access to the Wi-Fi is free. 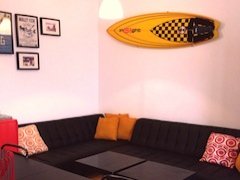 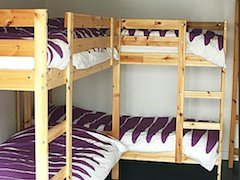 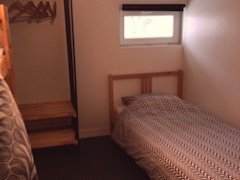 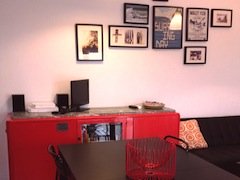 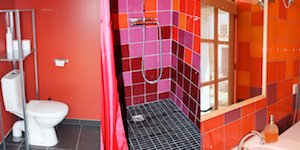 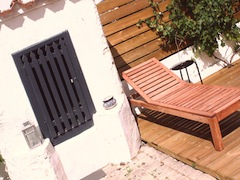 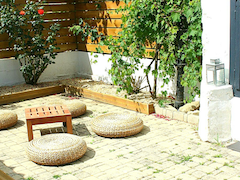 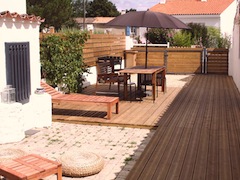 The Vendée has some of the best surfing in France as the waves roll into from the Atlantic Ocean along the entire 146 km of coastline.

Rounds of the World Surfing Championships regularly take place at La Tranche sur Mer, so there are plenty of challenges for experienced surfers, but if you’re only just starting out in the sport, the staff at La Rochelle Surf Camp know exactly where to take you too.

You’ll find plenty of variety, the waves are easy to access, and when you finish your ride, you can continue soaking up the sun on the sandy beaches.

A day at the camp: 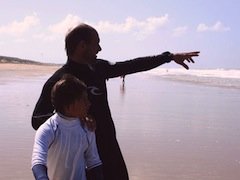 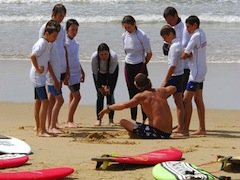 La Rochelle Surf Camp is in La Roche-sur-Yon, an historic village in the Vendée area of western France. When the modern incarnation of the town was first built in the 1800s, it was called Napoléonville, and there are a large number of buildings and squares from this visit if you feel like a day with your feet on dry land. The cultural highlights of La Roche-sur-Yoninclude St. Louis Church, Napoleon Square, the Statue of Napoleon, and the Sacré- Cœur Church.

The Vendée as a whole is a very popular area of France for tourists. The Atlantic coastline extends over 200km and is mostly comprised of sandy beaches, many of which have earned the prestigious Blue Flag Award for cleanliness. There are also some excellent coastal footpaths where you can walk, cycle or ride, the mudflats attract a lot of bird life, and you can fish in many of the lakes and rivers. Puy du Fou, the historical theme park at Les Epesses, attracts 1.5 million visitors every year and is the fourth most popular tourist attraction in France.

Contact us to organize your private transfer from the airport or train station!

The two closest airports to the surf camp are Nantes and La Rochelle, which are both well served by budget airlines including EasyJet, Flybe and Ryanair.

The surf camp is in the village of La Roche-sur-Yon, and getting there by taxi from the airport will cost approximately 100,- € from Nantes and 180,- € from La Rochelle.

What do not forget to bring with you:

We can accommodate 6 -8 surfers per camp at the surf house in Vendée, a renovated farmhouse only 5 minutes from beaches. The surf camp has a terrace with garden, living room, kitchen, two bedrooms for four to six people, two bathrooms, Internet Wi-Fi, TV, video games, table tennis, barbecue.

The stays for the minors take place during the holidays of Easter, summer and All Saints’ Day (reception on Sunday starting from 17:00 and departure on Saturday before 11:00)