The Perfect Wave - Duplex Surf Charter Male, Central Atolls Overall rating: 0 out of 5 based on 0 reviews.

Duplex Cruiser Luxury Surf Charter is only available for exclusive group bookings, lots of space for up to 32 people, built in 2016 with 14 cabins, 3 different options of bedding, all air-conditioned, ensuite and hot water shower. Spacious inside a common area, beautiful al-fresco dining and chill-out areas, 360-degree views on the top deck. Everything always super clean due to daily housekeeping.

The crew is well trained and experienced in surfing, diving, snorkeling, and island hopping, you can also choose to just relax on board.  Trained chefs in charge of the full board meals, Western and Asian food, flexible enough for all dietary requirements include buffet-style Breakfasts, delicious Lunch, and Dinners. You will never go hungry. Unlimited snacks, drinking water, Tea, and coffee available all day. For an extra cost, alcoholic drinks and soft drinks.

The boat is scheduled to cruise the Male and Central Atolls, giving you access to a wide range of surf spots. 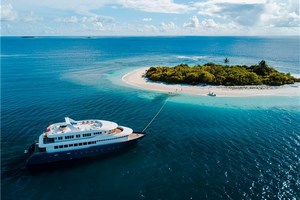 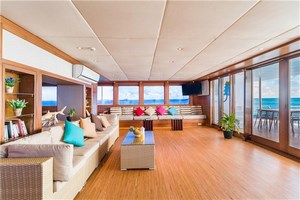 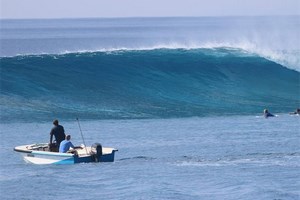 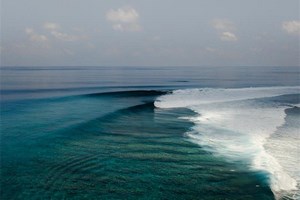 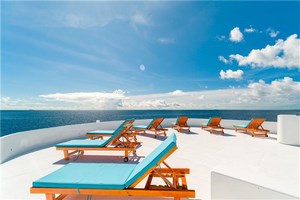 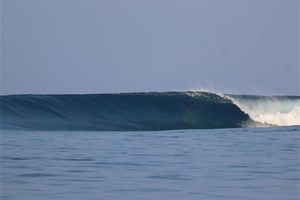 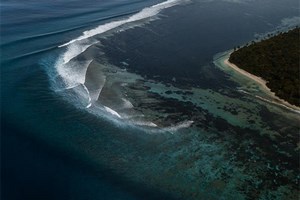 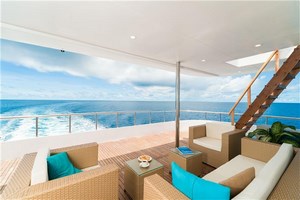 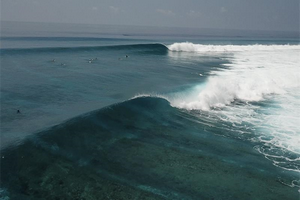 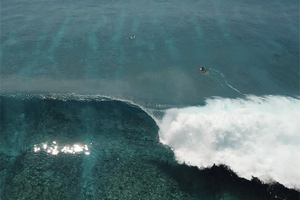 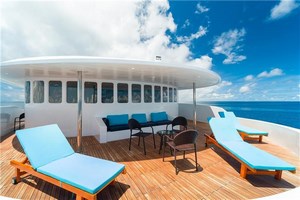 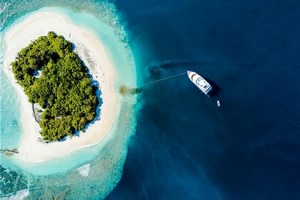 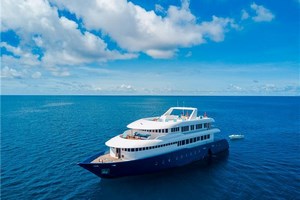 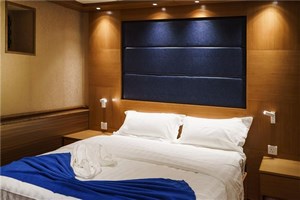 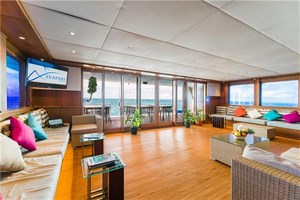 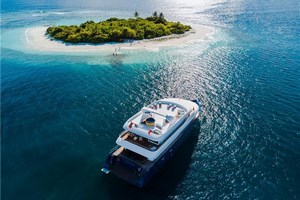 Divided between the North Male Atoll and the South Male Atoll. North Male Atoll has internationally know breaks with a mix of great left and rights long rides. It is rare to be flat, but the best time to come is in the spring (ranges between 2 – 8 feet) with the largest surf coming through in late summer. On the other hand, South Male Atoll is closer to Hulhumale airport and doesn’t get nearly as crowded.

Not as frequent as Northern Atolls, but a great way to escape the northern crowds. Maldivian tradition break providing consistent surf and pristine barrels, just not as big as Northern Atolls normally. The Medium-sized waves are as abundant and perfect, most of these waves are fast and sectiony, still accessible to the more intermediate surfer. A strong southerly swell and an optimal wind direction really light up the best place you could be and sharing with your friends only.

Once you have landed in Male you will be picked up by your hosts and can simply relax and fall into surf adventure mode!

Please note that maximum size of surfboards allowed on Maldives domestic flights to Central and Southern Atolls is 8 ft including the board bag.

*If your surf trip involves a Maldives domestic flight: We cannot be held responsible for your surfboards arriving late (on the next domestic flight). If this happens, it’s due to weight restrictions on Maldivian domestic flights, which is out of our control.

The prices are per person and are subject to foreign exchange fluctuations.

The prices are based on Exclusive full-boat booking for 14 people. Please contact us for a different group size. Duplex Surf Charter is only available for exclusive group bookings.

Please note that maximum size of surfboards allowed on Maldives domestic flights to Central and Southern Atolls is 8 ft including the board bag.